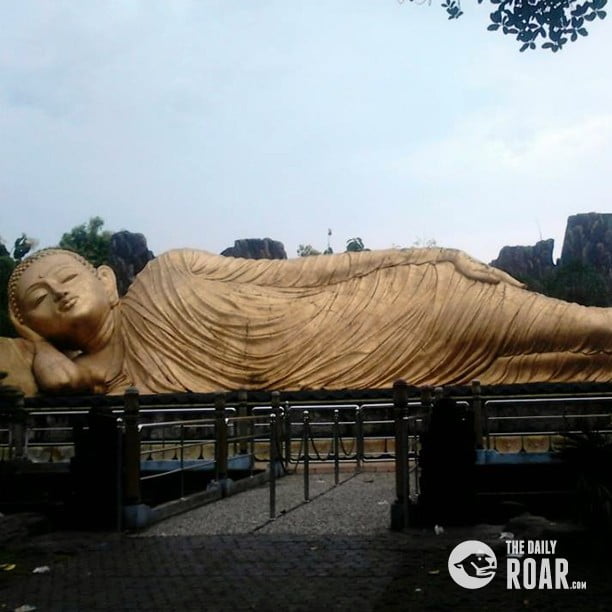 After we arrived, I talk to a worker and ask about trowulan site plan. He explains some of site that already found and some that still remain a mystery, such as Mojopahit Palace or Gajahmada house. While I try to get more info, I saw many visitors visit this place especially from school. Trowulan Museum used for educational purpose where student can come and see ancient stuff and all the things related to Mojopahit Kingdom. At that day, I saw around 2-3 different school visit this place; start from elementary until Junior High School student. All of them wear uniform and bring some book notes and pen to write information about stuff or important things in museum.

First area, on the right side, we can see things that made from iron such as platinum, silver, iron etc. We can see ancient penny, mirror, and stuff for worship such as small bowl, jewelry (made from platinum and used by common people and different from princess or king jewelry that usually use gold). We can also see “sumur” to show how people live at that time.. I saw a few people throw their coin inside the “sumur” and make a wish.

On the left side, we can see things that made from andhesit, mud or red bricks in many shape. We can also see gerabah, statue, terakota, ancient toys, bowl, god and goddess statue etc. They also have a collection about roof top miniature and a mocque to describe a house. I had just know that ancient people already make a mockue before our time.. 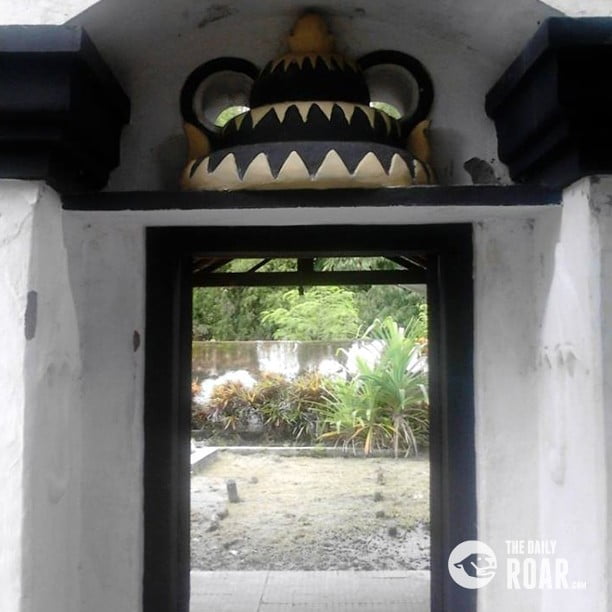 Back area is more like outdoor area where we can find prasasti, statue from god or goddess image, trowulan site plan area, ancient bricks and floor from Majapahit era,. They also have a 3D room for elementary student. 3D room is a small room contain few student (not more than 15 person and they can see 3d video inside.) If you want to see 3 d movie, you must pay extra ticket.
Ps : Before we arrived to this place, our tour guide remind us that we cannot take photo during our visit to Museum to prevent any kind of negative purpose such as thief, make a replica etc.

Unlike Trowulan museum that build in early 1900, this pool already exist since Majapahit era. Historians in museum explain few possibilities about the palace. One of the theory said that Segaran pool is part of the palace. They said that this pool used for natural air conditioner for palace. Mojokerto is low land area, so it is very hot there. Majapahit Kingdom, in Trowulan, as part of Mojokerto, have a smart architect who build this pool to chill the palace. When the wind blows at the water, it create cold weather around the palace.

Another story about this pool came from king habit to serve his guest. Usually king ask the guest to enjoy the beautiful scenery of palace by ask them to eat at outdoor area. King chooses Segaran pool as the perfect place for outdoor dinner. After they finish, king ask the entire guest to throw their plate or glass to Segaran pool. By doing that, the king wants to show how wealthy they are because throwing an expensive plate or dinnerware. 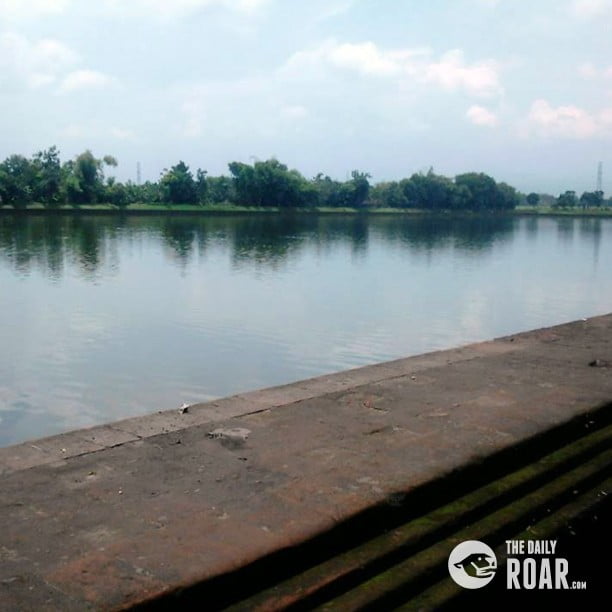 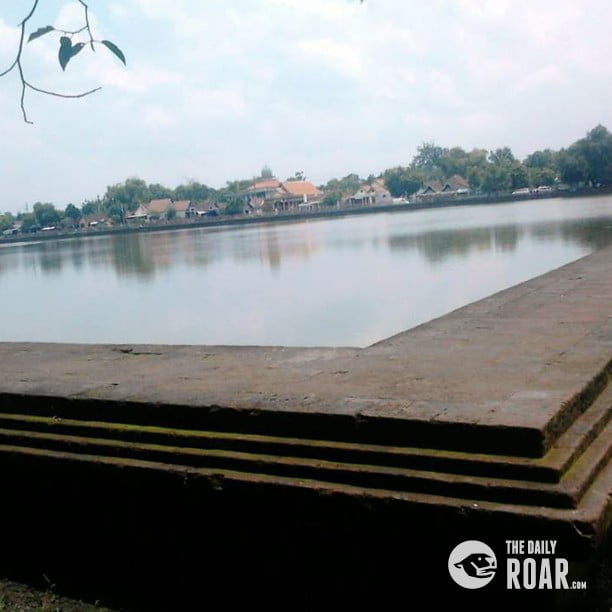 Now Segaran pool has different function. Local people use it as a fishing pond. We can see some irresponsible people who throw their trash such as plactic or something into the pool or next to the pool. That is why this pool getting dirtier each year. Mojokerto historian community, a community that have concern in historical site make a program called “Clean Segaran pool” to clean Segaran Pool regularly.

Not so far from segaran pool, hidden inside the local resident, theres a place called Queen campa Tomb. This Tomb builds to memorize Queen Campa, wife of Kertawijaya, King of Majapahit. Queen Campa is a Budhist. There a tomb for her family and her waitress next to her tomb.
Because of the hidden location, not so many people visit this place. To visit this place, you can walk to the west side from segaran pool, along the local resident.

Majapahit Kingdom is a Hindu’s Kingdom. At that time, Hindu and Budha live side by side in harmony. When Islamic came, most of hindus and Budha congregation move to islam belief. Nowdays, only a few Hinduism and Budhism congregation live in mojokerto. Nowdays, only Chinese ethnic who live in Mojokerto and a few Javanese people that still hold budhist belief and become budhis congregation. That is why we can see budhist temple among local resident. This temple is the biggest temple in Mojokerto and most of budhis congregation comes to this place for praying. This temple becomes one of tourist destination because it has a big golden sleeping budha statue like we see in Thailand. Not only Budhis congregation who came to the temple, but also visitor from other place to take picture. Sometimes we even see students for certain school come to this place to know about Budhist belief.