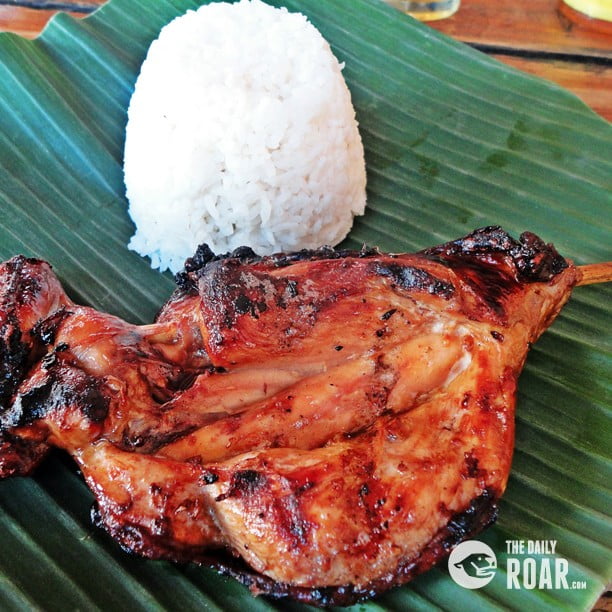 People from Bacolod speak a language called Hiligaynon, which is noted for its sing song
intonation. They say Bacolodnons are very sweet because even when they get angry, they sound like they’re serenading!

Bacolod City is the capital of Negros Occidental, one of the provinces in the Western
Visayas region of the Philippines and is the most populous city of the region. Bacolod is
home to many of the prominent sugar barons of the country, as well as to the
world-renowned MassKara Festival, which occurs every third week of October. In order
to fully enjoy a visit to the city during the festival, it is best to arrive on the night before
the festival itself and stay a few days afterwards, as the days prior to the festival would be
chaotic.

Bacolod is known to have one of the best cuisines in the country. To truly maximize the
culinary delights the city has to offer, one does not need to shell out a lot of money,
fortunately.

What is an inasal? Chicken inasal is a type of skewered, roasted chicken which is
marinated in a mix of garlic, sugar, ginger, lemongrass, sinamak, and calamansi. The
chicken is slowly cooked over hot coals and basted every so often with a mixture of
margarine, achuete, salt, and pepper.

How do you eat chicken inasal? To truly enjoy the inasal, it is best paired with garlic
rice, liberally sprinkled with fried garlic bits and garlic achuete oil, and a bottle of ice
cold San Miguel beer, the country’s top brew of choice. Achuete seeds act as a coloring agent, which lends the inasal its reddish-orange hue. For those who want to experience inasal at its culinary best, get the pa-a (leg and thigh part). Those who are more health-conscious should opt for the pecho (breast and wing part). The adventurous can choose to experiment with iwi/isol (tail part), atay (liver), batikulon (gizzard), and adidas (feet). The bravest will eat with their bare hands by tearing off some meat, dipping it in a mixture of sinamak (vinegar with various spices), calamansi, and soy sauce, and gathering it with some rice on their finger tips before bringing it to their mouths. One taste and you’ll exclaim “Namit!” Despite the horde of fast food chains that try to copy the taste of the authentic chicken inasal, nothing beats a juicy, delicious bite of the inasal from Bacolod’s Manukan Country., probably due to the fact that the chicken are not pre-cooked. Any of the rustic restaurants in this place will serve you excellent inasal. These restaurants are usually made of bamboo and nipa, a plant native to
this region.