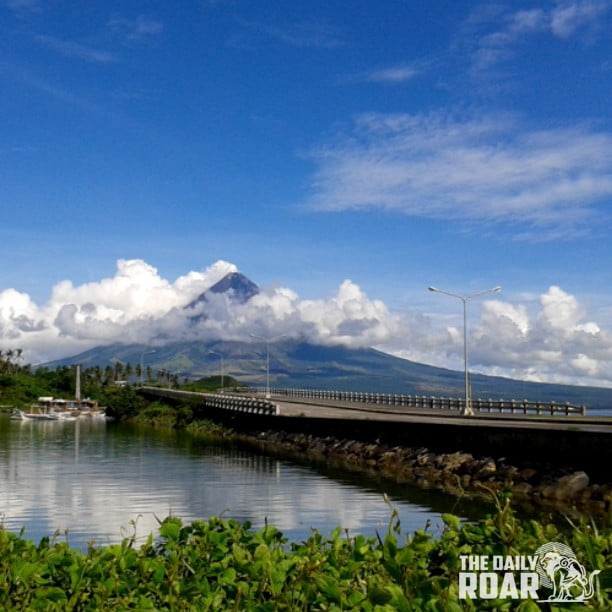 Tired of seeing buildings in your horizon, you decided to mingle with the nature. You are thinking of going to a “one of a kind” destination when you learned about Mayon Volcano. All you know is that Mayon Volcano is in the Albay, Philippines. Well, here are some facts about how to get to Legazpi City to see Mayon Volcano and what to do there.

The Majestic Mayon Volcano in Albay

When you reach Manila, there are two ways to get to Legazpi City, Albay. You could choose if you want to travel by bus or plane. If you want to travel by bus, you can find the bus terminal at Cubao, Quezon City and the ride would take about 10-12 hours with a fare approximately ranging from Php 800 – Php 1,100 which depends on the bus line where you booked. If you choose to fly, it would only take you about 45 minutes. There are 2 airlines – Cebu Pacific with 8 flights daily and Philippines Airlines with only one flight every day. Fare would cost you from Php 2,000 – Php 4,500 which depends on how early you have booked and on the airline where you made your booking.

You could always determine how near you are in Legazpi City as you see Mayon Volcano get bigger and larger in size. It has an elevation of 2,462 meters. It is an active stratovolcano with a major eruption in 1847 and last eruption was last September 2014. It has an almost perfect cone shape. It has been nominated at the Seven Wonders of the World in 1998 but made it only on the top 9.

The best viewing deck in Legazpi City for Mayon Volcano is the Lignon Hill Nature Park. It is a park at the top of a hill that is at the foot of Mayon Volcano so you could see the how its slope stretches at top view and at the other side of the park you could see the whole city of Legazpi with its gulf extending into the Pacific Ocean. The park also offers zip line and other amenities.

If you want to see its full skirts, then you could go to Cagsawa Ruins and Embarcadero Legazpi Boulevard. Cagsawa Ruins is the most popular tourist destination in Legazpi City. The history says that the church had been ruins by the lava flow when the volcano erupted in 1847 where many people died. The place has also a market of souvenir items made locally. The most famous souvenir item made in Albay are the bags made from Abaca (a specie of banana shrub that grows only in Albay) fiber. Embarcadero Legazpi Boulevard is a 3-kilometer avenue where night life is so visible. The place becomes an exercise area for joggers and bikers at the morning, a picnic place for families in the afternoon and a place to relax as video and karaoke bars starts to be lively at twilight until past midnight. There are some great restaurants that line along the shores too!

Sometimes if Mayon is too shy, she covered herself with clouds which becomes one of the disappointments of some tourist. Locals comforts them by introducing the delicacies of Legazpi City. The famous food in Legazpi City is the “Bicol Express”, “Chili Ice Cream” and Pili nut candies. Bicol Express is a rice topping. It is pork meat and tiny little shrimps known locally as “alamang” cooked in coconut milk with lots of local chili called “labuyo”. Sometimes local creates some variations of this menu by adding crabs and pineapple chunks. Chili Ice Cream is of course an ice cream flavored with chili and pili nut candies are made from Pili Nut trees which grows only in Bicol.

As soon as Mayon become used in your presence, she would surely make herself visible to you. It is advised to go to Legazpi City and visit Mayon Volcano at the dry season preferably in summertime.