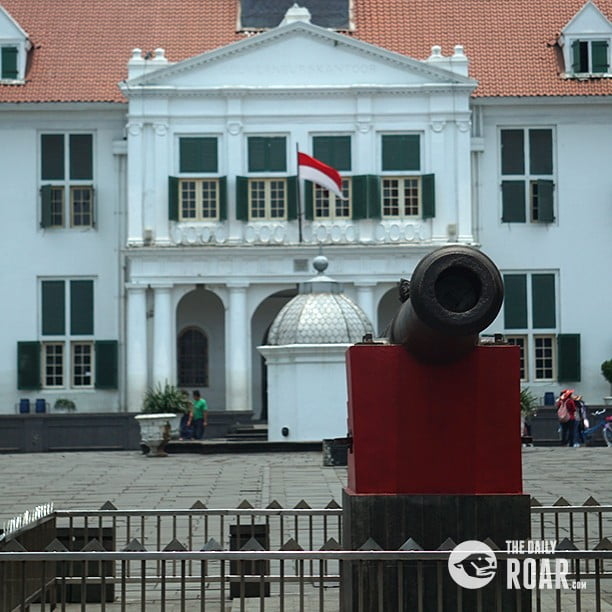 When you come to Jakarta, Fatahillah Square should in your must-be-visit list. Either you’re a fan of historical event, artifacts, architectures, adventures, photography, food, or you even just want to enjoy the landscape and arts; Fatahillah Square have it all.

Fatahillah Square that at the moment on UNESCO World Heritage List for 2017, was known as Batavia City Square, which used as execution place for people who against Dutch during Batavia era, and this is also the center of Batavia city. Batavia City Square at that time was surround by important government building such as City Hall, Court, church, bank, and any other important buildings; and now used as museums, government office, cafe and most of them still on revitalization.

Fatahillah Square have five museum that you can visit. The most famous one is Jakarta History Museum or well-known as Fatahillah Museum, Museum of Fine Arts and Ceramics, Wayang Museum, Bank Indonesia Museum and Bank Mandiri Museum. These five museum is the main attraction on Fatahillah Square. They’re open from Tuesday till Sunday – closed on Monday for maintainance -, from 9 A.M till 3 P.M with entry fee only Rp 5.000,- either you’re a local or a foreigner.

All of the building surrounding Fatahillah Square is original building remains from Batavia Fortress, and each building have their own historical and ghost stories. Jakarta History Museum was City Hall of Batavia, this was historical museum that mostly tell about Batavia. Museum of Fine Arts and Ceramics once Court of Justice on Batavia era, they have collections of Indonesia artisans and painters from Batavia until now.Wayang Museum has been revitalization even before Dutch established Batavia – from old church to warehouse – , they have wayang collection from all around the world, not just Indonesia. Bank Indonesia Museum that was also a bank, but at that time is Javanese Bank, they shows Indonesia’s money collection from Dynasty Nusantara. And the last museum is Bank Mandiri Museum that once chamber of commerce on Batavia, they have tells about banking activity on the old times. 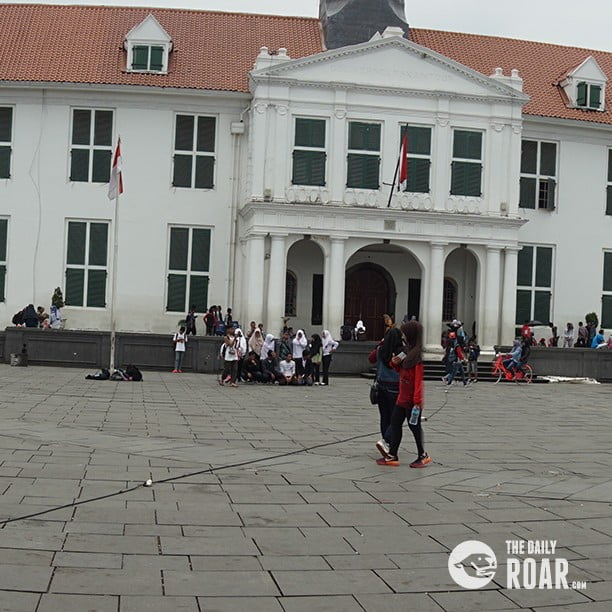 Beside the museums, there still more old building remains of Batavia Fortress that you explore. Even you’re tired after visiting museums, there is cafe surrounding Fatahillah Square that also on revitalization project. Cafe Batavia is the most famous ones. It stand right across Jakarta History Museum. Cafe Batavia was Batavia’s governor house. And then there’s Historia Food and Bar and Kedai Seni Djakarte which was trading companies on Batavia. This two building has revitalized for UNESCO. So unlike Cafe Batavia that gives your “old times” feeling, Historia Food and Bar and Kedai Seni Djakarte holding their original decoration. But if you don’t like cafe, don’t worry. There’s many food stall there and they all stand on original building, even no revitalize. And you still can pictures. Fatahillah Square area is also famous for photographic scenery.

Other taking pictures and enjoying the museums and architectures, Fatahillah Square also offer feeling of Batavia. Surrounding the square there’s many bikes rental, but not standard bike, its onthel bike that used by women on Batavia. You can rent the bike complete with ambtenaar (hats that women wear on Batavia) only Rp 20.000,- for 30 minutes. They offer many bright colors so you can choose and taking pictures. You even can ask the caretaker to ride you around seeing whole of Batavia Fortress.

– You can ride LRT and stops on Jakarta Kota Railway Station (Stasiun Jakarta Kota) with fare only Rp 2.000 if you’re from Jakarta area and Rp 5.000,- from Bogor with Rp 10.000,- deposit that you can refund after.

– You can ride Busway to Corridor 1 and stops on Halte Stasiun Kota with fare Rp 3.500,- from where ever you ride on.

09.00 – 16.00. After that, crowd and traffic every where. Because it’s end of working hour and Kota Tua is surrounded by business district.