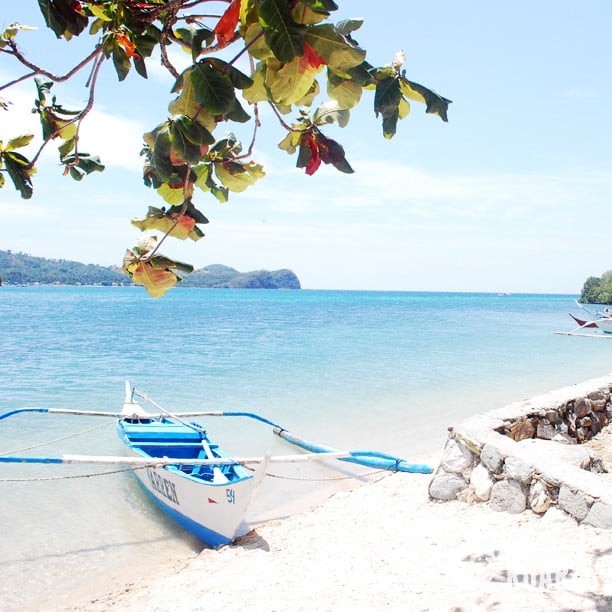 The most popular destination in Mindoro is White Beach Puerto Galera. In fact, this place is always packed with people especially during summer. But one that deserves just as much attention is Sabang Beach, which is among the three beaches located in the small town of Sabang, only ten to fifteen minutes away from Puerto Galera municipality.

We’ve been to White Beach many times before but two summers ago, my husband and I decided it was time for a change. From Taft Manila, we rode a bus going to Batangas Port. The trip took about 4 to 5 hours. At the port of Batangas, we rode a large boat, which brought us to Sabang Beach. The boat ride was a little over an hour. The boat fare per head that time was only P240 inclusive of terminal fee.

We didn’t do any swimming or beachcombing while we were in Sabang. Most tourists come here for the diving experience. The waters around this part of Mindoro are teeming with majestic marine life, according to some of the foreign divers we got to talk to during our stay here. All we did was hang around in one of the beachfront bars, and relaxed while waiting for the sun to come down. We also took a quick trip to White Beach to see how it was.

Some of the nice attractions around Sabang Beach include La Laguna Viewpoint, Lighthouse Walk, La Laguna Beach. As I mentioned earlier, diving opportunity in Sabang is topnotch, which is why the place is dotted with lots of excellent diving centers. A few of the best options are ABWonderdive, Actino Divers, Asia Divers, Frontier Scuba, and Sea Rider Dive Center.

Another great thing about this place is its string of fabulous restaurants. We were able to try Hemingway’s Bistro, Full Moon Restaurant, and Cap’n Greggs. At night, we partied like there was no tomorrow. Our favorite was the 50 Bar, which served the best pizza in town. We stayed there for 5 days at the El Galleon Resort. Room accommodation ranged from $36 to $65.