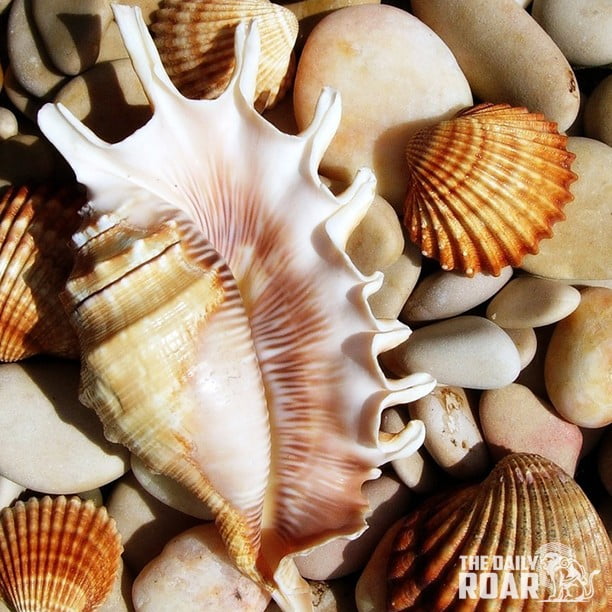 She sells, sea shells in the seashore. This tongue twister kept repeating in my head as I walked at the shoreline of Lobogon Beach in Aloran, Misamis Oriental. It was my little cousins’ birthday so our family spent a couple of days frolicking at the beach. Tired after a morning and afternoon of soaking in the sea water, I decided to join the community folks in shell collection. From a distance, I can see people bent to the waist seemingly looking for something. My cousin, who is the celebrant’s father told me that shell collection is the favorite past time of local people whenever it is low tide. Intrigued, I went and followed the throng of people busily searching for sea shells.

I love to eat shells. I have not been to collect shells before. That was my first time which explained my excitement. Thinking that my favorite shells could be found in this area, all the more fueled my excitement.

Meanwhile a guy with a red pail captured my attention. Abandoning my intention of looking for other interesting sea creatures, I saw the guy overturning rocks and stones. Following closely, I saw that he was collecting sea urchins which are hiding underneath the rocks nooks and crevices. I never knew that this spiny sea creature can be eaten. Alas, this is one of the favorite food of the local people. With them, they brought knives, coconut vinegar and bird eyes chilies to dip the yellow fleshy bit of meat of the sea urchin. As I watched, a family of five with a two-year old baby was feasting on the sea urchins that they collected for the afternoon.

Aloran, ono of the municipalities of Misamis Occidental looked like a sleepy town. It’s beaches are unassuming with its clean, gray sand. But it seems underneath its powdery sands and rocky areas, one could find gems at sea to satisfy a curious palate.