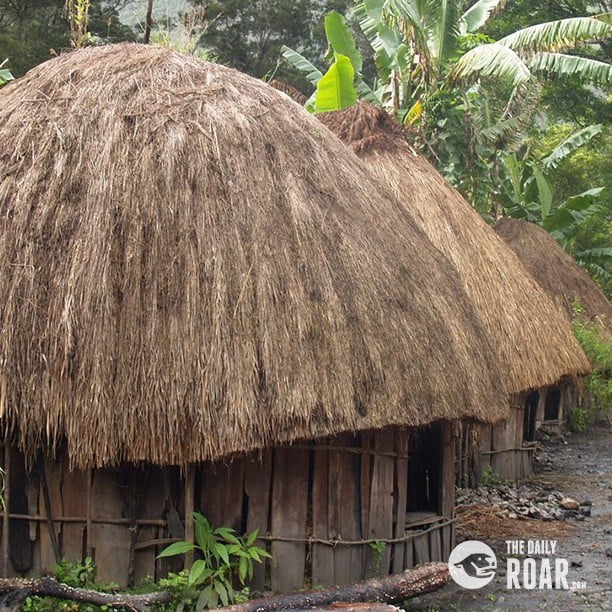 It is in the early morning at Jayapura and we are planning to fly to Wamena. This is one of cities located in papua at the mountain side. A Fokker 100 is standing ready to bring us there. This is a very exciting moment for all of us, since the plane is quite small. We enter the airplane, which is seated like an army airplane with many cargo in the middle of us. Beside me there was one lady who was wearing traditional clothing. The airplane engine is started and we are ready to go. 20 minutes later we are already flying high in the sky. Not very long after our take off we heard that we had to return to Jayapura Airport because of the fog covering the entrance to Wamena city. Some background information, Wamena is on the mountain and because of that it is surrounded by higher mountains. So when the type of airplane like the Fokker 100 or a Cessna enter the city they must be going through the mountains.

So when the fog runs down, there is no other way to enter the city. Which ment that we had to take another day to enter the city.
The next day it was early in the morning again at 9am, we took off quite fast again and after just 30 minutes we already landed at the city. When we stepped out of the airplane it was so nice to smell the fresh air of the mountain site. It was windy and cool. I Love it!

We entered the airport to wait for our luggage, after a few minutes waiting, I looked around me and saw many Papuan with their “Koteka” and “Sali” Koteka is item used to cover body parts which is made of the fruits from the trees. Long like cassava to cover the intimate part body of man, and Sali is a skirt made by grass for women. When we where going thru the airport door, The Papuan guys with “koteka” waited for us to greet us, my friend is from New Zealand so they were surprised. “Wah…” is a first word from one of the Wamena guys, it’s a greeting from Wamena which means Thank You. And then the Wamena guys ask for us to take a picture with him, but with a payment of course. One picture with him costed us 1000 rupiah which is about 1 cent so not a big deal.

Next thing we did was to try to find a hotel to stay, and we did found one shortly after since one hotel was very near to the airport. We took a rest for a couple of hours and made some plans. First we met my friends at Wamena.

The Next day, we visited “Kimbim” one of district people of Wamena. We took a car for about 30 minutes as we arrived at the “Pit River” district. We got out the car since there was a small tiny bridge in front of us which is only for one person at the time. The bridge about 100 meters long. Underneath of the bridge is a river. We crossed the bridge, ready to rock and roll heading to “Tiom” with our backpack on our shoulder.

What we saw was a very interesting scenery with mountains at one side and the river at the other. When we where walked, we saw a lady cross the river without any rope or tools. And she was yelling to us… “aiiii…. Aiiiii… aiii…” it is just like a greeting.. Amazing… the lady crossed the river without any helping tools.
We walked until noon time. I was such amazing hiking track, but it was also very tiring! When we arrived at the village it was dark. So we decided to unpack our tent and take a good night sleep.

The next day, we were about ready to return to the Wamena. But for a moment we felt like we did not want to go anymore, it was just so peaceful here. 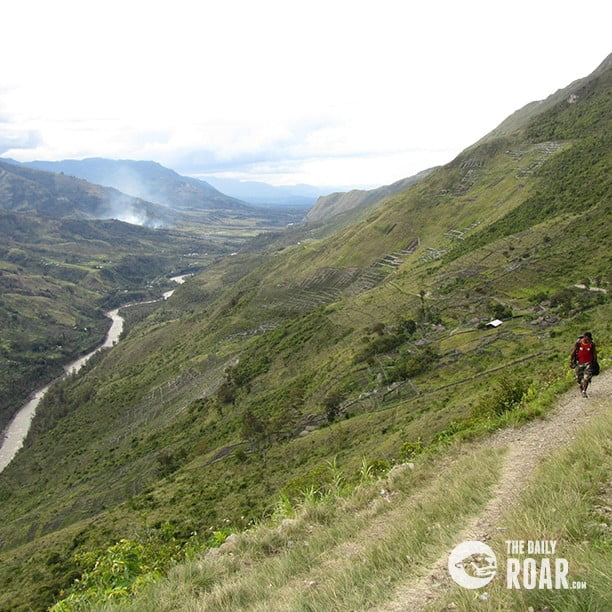 We also visited “Kurulu” another district where you still can see a mummy and meet a chief of one of the tribes. Actually they wanted have a feast for us. The feast is called “Bakar Batu” which means “burn the stone”. They will dig a hole and put the stones inside that will burn underneath of the holes, then they will put some grass, after that meat, vegetables, and cover it with the grass again, and then hot stones again. While waiting for the food they dance for you.

We going around the city we visited the small local market. Jibama market, it was fun to see this traditional market. And you cannot imagine how the Stone Age people used to live and what modern time age we live in now. I can tell you, it was a moment you can’t forget when you have a chance to visit Wamena.