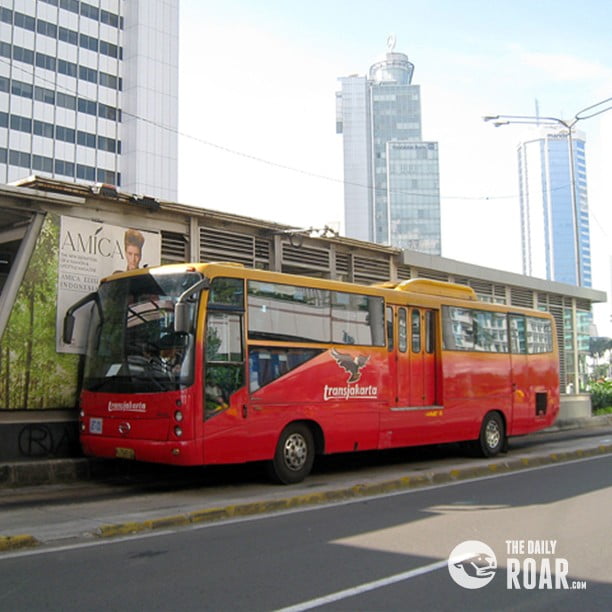 Indonesia transport for the international tourist

Indonesia is an Archipelago consisting of roughly 17000 islands. This geographical landscape is a major challenge for the government to build an integrated transport system. I myself used to feel frustrated with Indonesian public transportation. However, as I spent over 2 years living in the capital Jakarta, tackling public transport has grown to be an adventure instead of a burden for me.

For the international tourist who doesn’t speak Bahasa, it can be quite a challenge to figure this out. So here’s a quick guide to common public transportation in Indonesia, besides the obvious taxis and airplanes.

The bus is the most common mean of transportation in most cities. There two types of buses, city buses and inter-city/inter-province buses. The difference is pretty much self-explanatory. City buses cater to short trip inside the city. The bus is usually the smaller type and you hop-in and out off the bus on the road side bus terminal around the city. You pay by cash to the ‘kenek’, a person serving as assistant to the driver responsible for collecting fees and helping passenger getting in and out of the bus. Most major cities like Jakarta and Jogjakarta have integrated city buses network. In smaller cities without integrated bus network, you will have to know exactly where to get in and out of these buses. If you don’t speak any Bahasa, try asking a local or google about the city bus routes beforehand.

Inter-city/inter-province buses usually use a regular sized bus. You will need a pre-bought ticket to ride these buses. Normally the bus leaves and arrives at the central terminal of the city. The ticket booth is available on the central terminal as well. Cross island trips are also available.

The train is dependable and relatively on time land transportation, though more pricey compare to other land transportation. All train services are provided by a state-owned company, PT. KAI. There are an executive, business, and economy classes with different price range. All executive and most business class are air conditioned. Few economy class has air conditioner. Checking services and buying tickets is very easy through PT. KAI website or private ticketing service.

You can also purchase ticket directly from the train station. However, train service is only available on the island of Java.

Angkot is the short term of ‘angkutan kota’, literally meaning city transport. They operate almost similar to city buses. The difference is they usually uses SUV type car with modified seating configuration to fit more passengers. Angkot is sometimes called ‘mikrolet’ as well. It is quite easy to get into one of these angkot since they are spread around the city serving various routes. The downside is that they often wait for passengers on the hotspots of the city such as in front of a market or busy crossroads. Though the fee is very cheap, it is not a good idea to take an angkot if you are in a rush.

You might be surprised but pedicab is still used by many locals as public transportation.

Ojek is a motorcycle taxi.