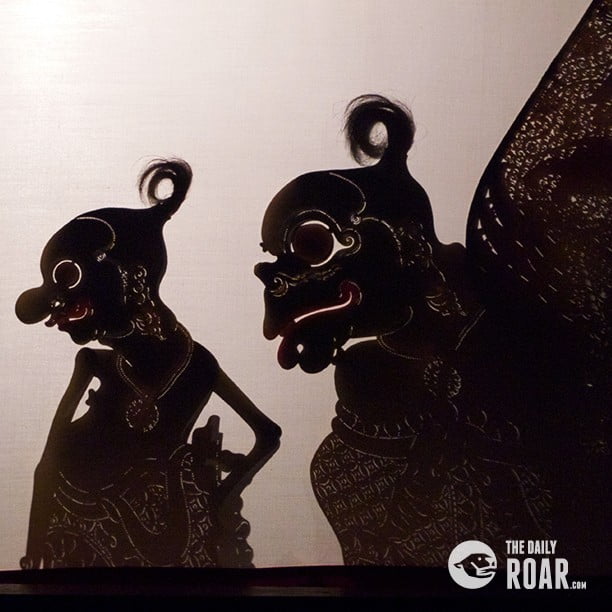 Wayang kulit is a well-known puppet show and a national heritage of Indonesia. On the 7th of November 2003, UNESCO appointed wayang kulit as a Masterpiece of Oral and Intangible Heritage of Humanity. It is also very popular and spread to several countries around the world. Wayang comes from word “Ma Hyang” means holy spirit, god and
goddess. However, some people refer wayang (Indonesian : bayang) to shadow because the audience can only watch the whole performance behind the white-cloth screen with a back light so they see them as shadow puppets. Kulit means skin because it is made of good quality buffalo leather although nowadays you can buy wayang kulit puppets made
of cardboard for cheaper price as souvenirs. 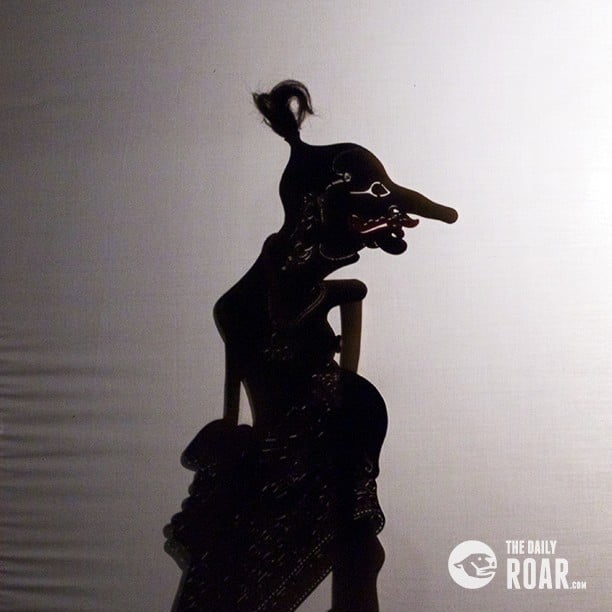 Wayang Kulit shows are generally held for special occasions such as weddings, birth celebrations and ritual ceremonies. They can take place during the day but usually they are performed during the dark, start from 9 pm to 5 in the morning. The shows need around 18 people, 1 person as the puppeteer, 2 women as sinden (back singers) and 15
people to play gamelan – a Javanese traditional orchestra. The epic story of Ramayana is the most frequently performed on wayang kulit.

The wayang puppeteer is called Dalang and it is usually a man. Traditionally, he uses Javanese language to tell the story. He speaks all the dialogues, he must be able to produce multi voices depend on the puppet’s character, from a shy-tender voice of a princess to an anger voice of a demon. The Dalang arranges the puppets neatly in line, on
the right hand side are the good characters such as warriors called Rama, Abimanyu, Bima and other heroic characters. Whereas, on the left hand side, they are “the baddies” – which have round goggle eyes, larger features, big noses and usually have red faces. The Dalang inserts these puppets’ stick in a banana tree trunk placed in front of him and beneath the white-cloth screen. The Dalang always blesses the stage with mantras before and after the show. It is not very easy to be a Dalang, he must have a very fit, strong and healthy figure. He sits cross-legged for 8 hours during the show without a single break. The Dalang usually fasts and practices a ritual a few days before the show. 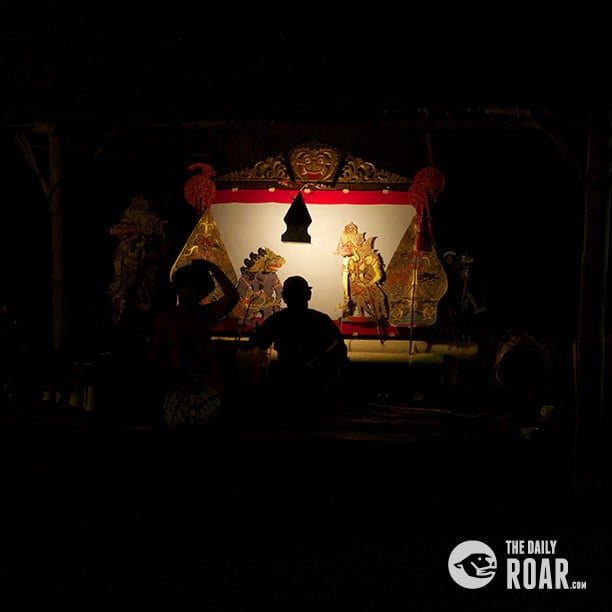