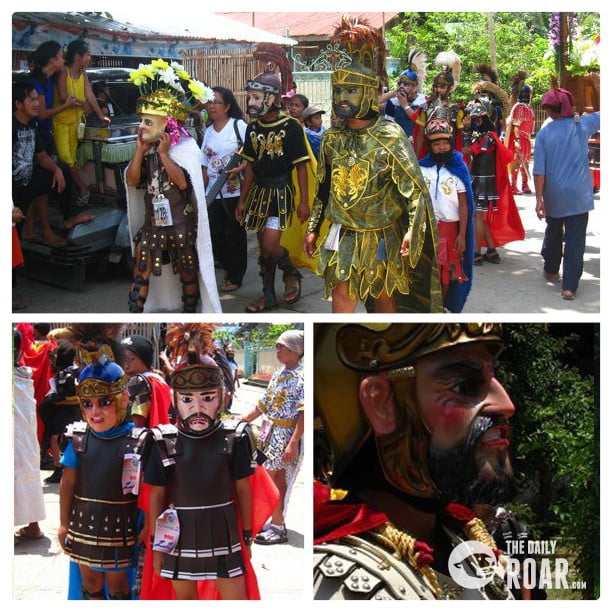 The Philippines is a beautiful country with 7,100 islands, and a number of them have called the attention of experienced tourists, professional travellers, and backpackers: there is Cebu, with so much history; Palawan, with its natural wonders; and of course, Boracay, arguably among South East Asia’s most promising party capitals. However, many of its islands have remained hidden from the mainstream traveller.

One such island is Marinduque. Only half an hour’s flight away from Manila, the island province of Marinduque is a treasure trove of hidden caves, pristine beaches, and cultural festivities, waiting to be discovered.

The Bathala Caves. Located in Santa Cruz, the eight caves known as the Bathala Caves for a massive cave system of an area of 19 hectares. The largest cavern is the Cathedral Cave, which lights up at sunrise and during the sunset, featuring its wonderful rock formations; it is spacious enough to accommodate 100 persons, and was once used for worshipping native spirits. The Cathedral Cave and the rest of the cave complex are not only awesome to behold, but are also places of historical and archaeological interest, and archaeological excavations have revealed pottery, earthen jars, coffin fragments, and evidence indicating burial sites. The Bathala Caves are a excellent for travellers who possess an adventurous spirit, an interest in local history, and a curiosity for archaeology.

Poctoy White Beach. One of the attractions of Marinduque is the White Beach of Poctoy, which stretches a kilometre in length. The amenities are very basic, but this is only adds to the attraction. It is a place to escape, to enjoy the white sand, clear blue sea, the peaceful atmosphere, and the majestic view of Mount Malindig. Visitors also enjoy other activities such as snorkelling and diving during the day, and a karaoke session with the locals at night. Unlike the other hidden gems of Marinduque, it is fairly accessible. Marinduque has many beaches, but considering quality of the sand and the water, its magnificent views, and accessibility, Poctoy White Beach is easily above the rest.

The Moriones Festival. From the days of Spanish colonisation, the Philippines inherited a culture of celebrating festivals linked to feast days of patrons saints and other events in the calendar of the Roman Church. The celebrations range from solemn prayers and processions of floats, to full blown festivities as seen in Cebu’s Sinulog and Bacolod’s Mascara. Marinduque is not to be left behind.

Each year, in the days before Easter, the towns of Marinduque become busy with celebrations that honour Saint Longinus. Legend has it that Saint Longinus was a Roman Centurion with one eye that was blind. When he pierced the side of the crucified Christ, the blood that spurted forth touched his blind eye and it was fully restored his sight. This miracle converted Longinus to Christianity and earned the wrath of the officials of the Roman Empire.

Men wearing painted masks and costumes, roam the streets and visit houses, dressed up as Roman Soldiers sent to find the Longinus. Traditionally these costumed men would stop at each doorstep and play musical instruments and sing songs that narrate their search for the centurion. The household members would respond by telling him that they had not seen Longinus, and give them sweets or cakes while urging them to continue their search. However, these days the costumed men might play mainstream and commercial music, with no reference to Saint Longinus at all, and still receive food in exchange for their talent. 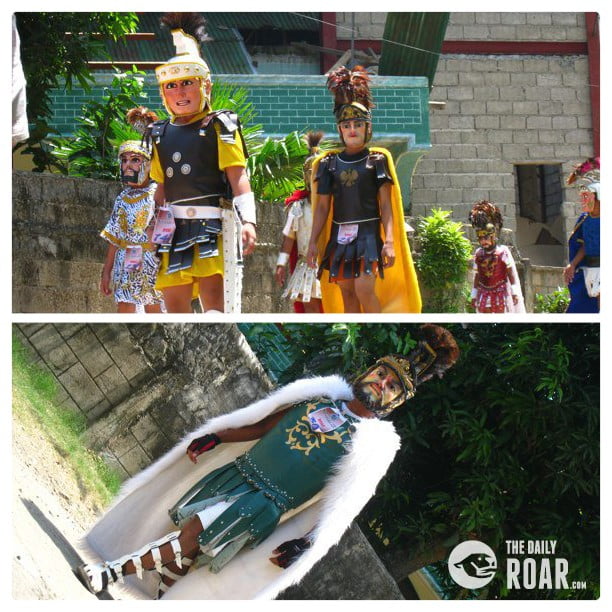 The re-enactment reaches its climax when Longinus is caught and a dummy representing him is beheaded in the town square. Thereafter the people complete their celebration with eating, drinking, dancing, and having a pre-Easter merry-making.

I have visited the Bathala Caves, and Poctoy White Beach, and I have seen many more of Marinduque’s treasures. I consider the Moriones festival as the most underrated and the most magical experience that the island has to offer. Somehow, it felt like participating in a caricature of a costume drama such as Ben Hur, while reminding me all the time of the rich cultural heritage of the Philippine Civilization. After joining this festival of costumes and masks, a tradition which continue to captivate an island, I can say that, “Masquerades… are really more fun in the Philippines.”

// Wrote by Oryx, from the Philippines