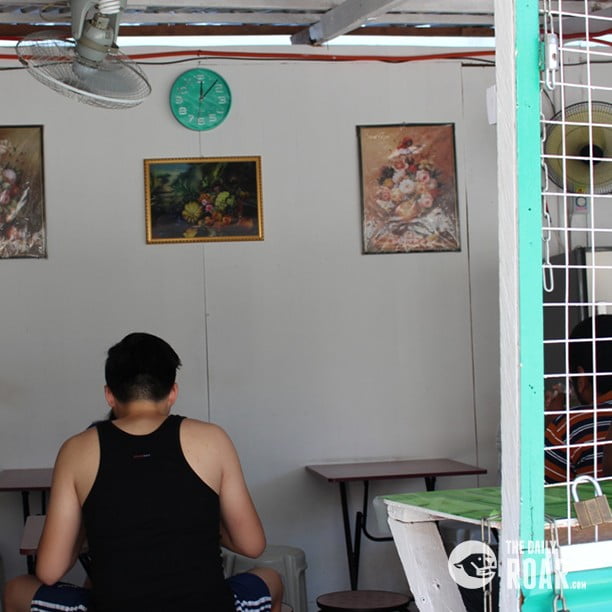 Sipping a spoonful of chicken broth under a small shade on a hot afternoon is the most common image that first comes into our mind if we hear about travelers resting. Sometimes, the picture is decorated with one traveler sleeping on a long bench, another one slurping his warm soup, and one cheery traveler exchanging gossip and small talk with the natives at the area.

In the Philippines, these house-front stores are called “carinderia”

Tourists planning to venture the Philippines would want to consider their food budget. For a typical restaurant in the city, expenses would range from 100Php to 500Php (~2.5USD to ~10USD). However, if one were to seek out better alternatives to these astronomically expensive amounts, one would find individual houses selling fresh homemade food. The meal would be incomplete without outgoing natives, and the occassional inuman or drinking party (even at the morning!).

In the Philippines, these house-front stores are called carinderia. With prices ranging from, let’s say, 20Php (~.40USD) for a serving of fried vegetables to around 50Php (~1USD) for tinola (chicken broth), all complete with a cup of rice and maybe, an extra 10Php for the beverages, a traveler with an extremely tight budget could buy fresh, native food and enjoy its taste. Yes, the cure for hunger also comes with natives more than eager to talk to you and know more about your country of origin. Sometimes, the store owner would give an extra serving as a sign of thanks and appreciation for you coming to his or her carinderia. 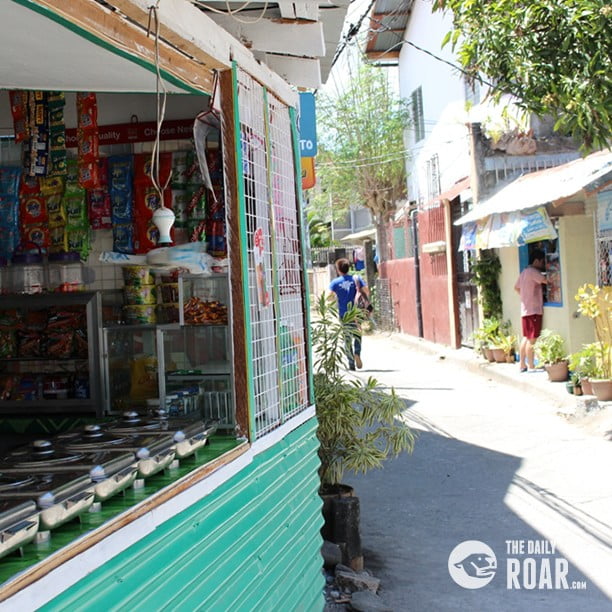 Travelers would also want to have temporary rest stops along the way. Here in the Philippines, when a carinderia is open, it is very rare not to see group of adults and middle aged men huddling over a bottle of gin and playing cards, talking about who defeated who in the last cockfight, or simply passing jokes around the group. Sometimes, they may look a bit brawny, but these people actually are kind – when you stop by to rest under the shade of a carinderia, there is a very high chance of these group of men asking you for a shot of whatever they were drinking, and a bite of whatever they are eating. You could refuse, or you could accept; either way, by that simple gesture, you are already a part of their clique.

The menu in most carinderia is diverse. Ranging from fried vegetables to tinola, and even kare-kare (pork or chicken in peanut butter sauce, best served with bagoong or shrimp paste), one could savor the taste of fresh, homemade food. For those looking for something to eat in stops not at lunch or dinner, they also sell merienda (snacks). Yes, even the merienda is homemade – from lumpia (spring rolls) to siomai (Chinese dumplings), to Filipino sweets such as ube halaya (ube stirred and cooked over a slow fire overnight) and pastillas (local candy), one can fill his or her stomach with nearly anything available for a very low price. 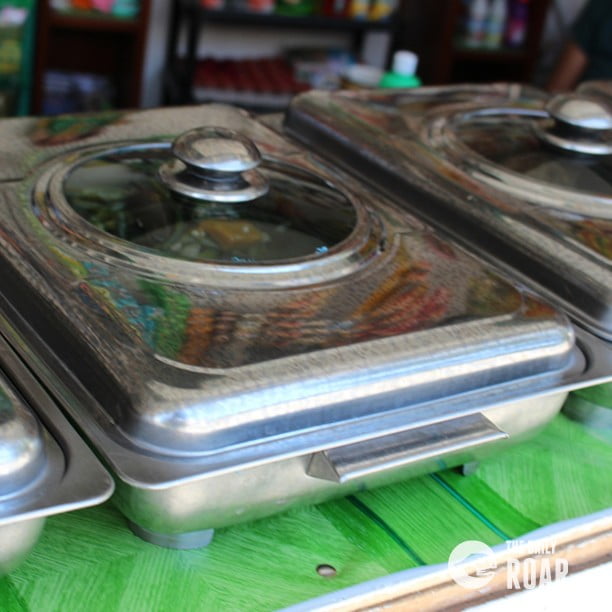 For a traveler considering his or her budget, including trips to carinderia is a must. Carinderia are everywhere, anyway. Enjoying homemade native food with the company of friendly Filipinos had never been this cheap and fun. 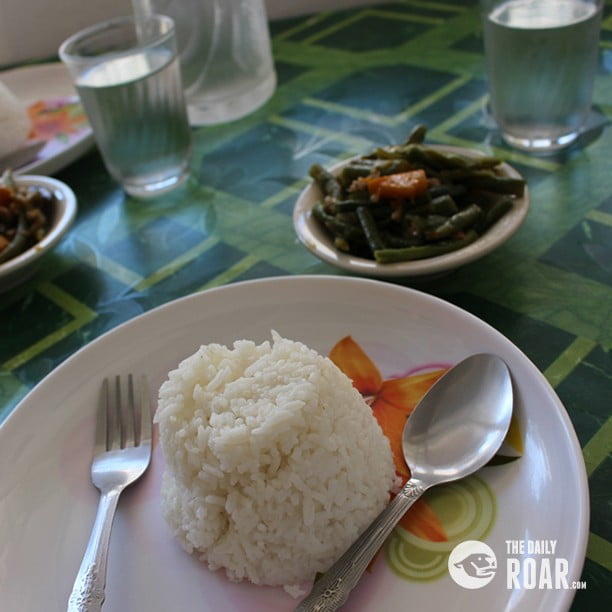