It’s a well-known fact that the Isleworth Mona Lisa is one of the most famous paintings in the world. But many people don’t know that multiple versions of this masterpiece exist. The most famous Mona Lisa, also known as La Gioconda, was painted by Leonardo da Vinci and is currently on display at the Louvre Museum in Paris. In 1778, a second version of the painting was discovered. This version, also known as the Isleworth Mona Lisa, is the earliest version of the painting and is believed to have inspired the most famous version known today. This article will discuss the history and story behind the woman who originally inspired the painting.

What Is The Isleworth Mona Lisa?

The Isleworth Mona Lisa is a painting of Lisa Gherardini, the wife of Francesco del Giocondo. It got its name from Isleworth, London, where Hugh Blaker had taken it to his studio after rediscovering it. It is thought to be an inspiration for Leonardo da Vinci’s second Mona Lisa, which hangs in the Louvre Museum in Paris.

Who Was Leonardo Da Vinci?

Leonardo da Vinci was an Italian painter, sculptor, architect, musician, scientist, and inventor. He is one of the most famous painters in history, and his artworks are some of the most recognizable in the world. Some of his most famous paintings include The Last Supper, the Isleworth Mona Lisa, and the Louvre Mona Lisa. He is also well-known for his inventions, such as the flying machine and the diving suit. Da Vinci was a true Renaissance man and considered one of the most talented people ever.

The Renaissance was a time of significant cultural change and achievement in Europe. It began in Italy in the 14th century and spread to the rest of Europe over the next few centuries. The Renaissance was characterized by a renewed interest in classical learning, art, and culture. This period saw several great artists, including Leonardo da Vinci, Michelangelo, Raphael, and Donatello.

Who Was Lisa del Giocondo?

Lisa del Giocondo was born in Florence, Italy, in 1479. She married Francesco del Gicondo in 1495, and the couple had five children together. Lisa was known for her beauty and intelligence and was a popular figure in Florence society. It is believed that Leonardo da Vinci painted Lisa’s portrait between 150 observations of her over the span of three years. The painting was never finished, and it is thought that da Vinci only ever showed the work to a few close friends. Many scholars believe that Lisa’s expression in the painting is serenity and contentment, likely due to her happy marriage and life.

Who Commissioned The Painting?

Lisa’s husband, Francesco del Gicondo, is believed to have commissioned the painting as a gift for Lisa. He likely wanted to give her the portrait to show his love and appreciation for her. Francesco del Gicondo was a wealthy silk merchant who could afford Leonardo da Vinci’s high prices.

He also may have commissioned the painting to celebrate the birth of their second son, Andrea. It is unclear why Leonardo da Vinci never finished the painting, but it is thought that he was not satisfied with his work.

Why Is Lisa del Giocondo so important?

When Was The Portrait Painted?

The precise date of the portrait is unknown, but it is thought to have been painted between 1503 and 1506. In 1513, under the patronage of Giuliano de Medici in Rome, Leonardo worked on the Louvre ‘Mona Lisa‘, using the ‘Isleworth Mona Lisa‘ portrait of Lisa del Giocondo as a model. She also modeled for his painting ‘The Madonna of the Yarnwinder‘ and other artists like Andrea del Sarto, Marco d’Oggiono, and Francesco Melzi.

What happened to Lisa del Giocondo?

Not much is known about Lisa del Giocondo’s life after the painting was completed. She outlived her husband, Francesco, who died in 1525. Lisa herself died in 1551 at the age of 72. After she died, the painting, along with the rest of Leonardo da Vinci’s possessions, was inherited by her children.

Lisa del Giocondo was a beautiful and intelligent woman who lived in Florence during the Renaissance. She was the original inspiration for Leonardo da Vinci’s Mona Lisa, one of the world’s most famous paintings. Although she is not as well-known as her renowned painting, Lisa del Giocondo is an important figure in art history. A private collector currently owns the Isleworth Mona Lisa. 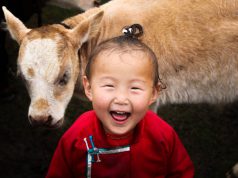