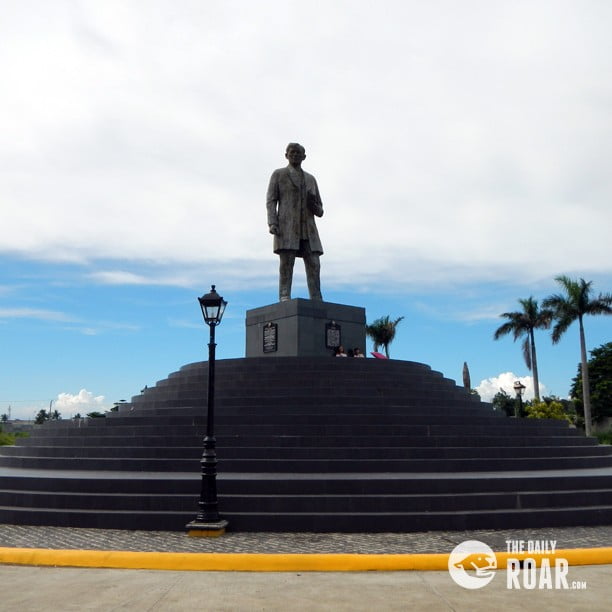 Dr. José Protacio Rizal Mercado y Alonso Realonda is known as the greatest Philippine National Hero. He was born in Calamba Laguna on June 19, 1861. He was a nationalist, a great writer, and revolutionary. He is a revolutionary in the way of no harm. He believes that during his time the Filipinos are not yet ready to fight. So he made a revolution through his writings. He made many poems and books that portrays the problems in the society. His writing was the way to open the eyes of the Filipinos to the true and sad situation of the Philippines. Because of his actions against the government, he was executed on December 30, 1896.

The monument located in Calamba, Laguna was made in the recognition of the heroism of Dr. Jose Rizal. It was opened in the year 2011. It was a tribute to the sacrifice and inspiration he gave to the Filipino during his time and until now. It was for the celebration of the 150th birth anniversary of the Filipinos’ National Hero. Dr. Jose Rizal has different monuments in the world. For he well known not only to the Philippines but also to the other countries.

The Jose Rizal monument in Calamba, Laguna is the biggest monument of Dr. Jose Rizal in the world. The full body monument is made to be very symbolic. It is a 22 foot bronze statue that symbolizes the 22 languages and dialects that he mastered. In going up near the monument, you have to do 15 steps. This 15 step symbolizes the 15 decades of Dr. Jose Rizal. It is also noticeable that he is holding a book in the statue that symbolizes sacrifice. It is also built in Calamba Laguna because it is the home town of the national hero. The monument is 6.7 hectares big.

The monument of Dr. Jose Rizal is one the great tourist spots in the Philippines because it portrays the Philippine National Hero. He is not just a revolutionary hero that uses strength and power to fight for his country but he studied very hard so that he will learn how to face the challenges of the Filipinos. He was well known here in the Philippines even before he became the National Hero because he went to other countries to study. He was also well known in other countries because of his knowledge and talent.