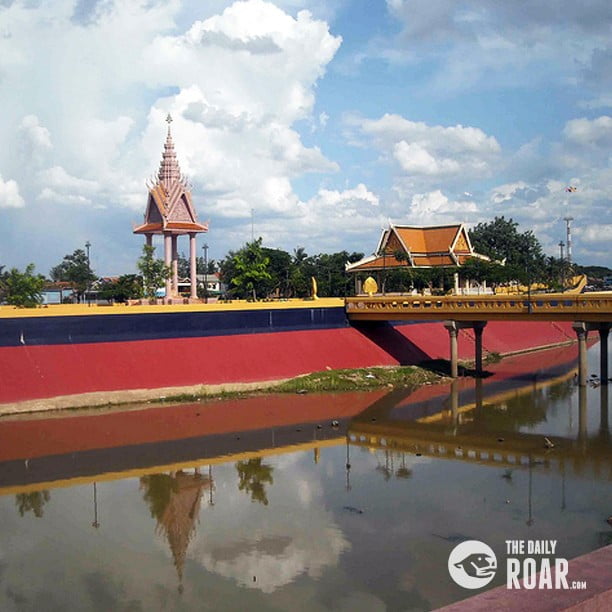 Located in the heart of Pursat province, Cambodia, Koh Sampov Meas is a sacred land floating in the middle of Pursat River. The story has it that the land was so holy that no matter how high the level of water in the river was it had never been flooded. According to the locals, there is Holy Spirit dwelling on that land. For the locals, Koh Sampov Meas is a place where they can go to make a wish and the spirits will help them to achieve it.
Since many people believe that the land is sacred, a temple and a monument were built on the land. In addition to buildings mentioned above, a bridge was also built so that the people could easy access to Koh Sampov Meas. The land has also been refurbished so that it looks like a real boat as it’s named. 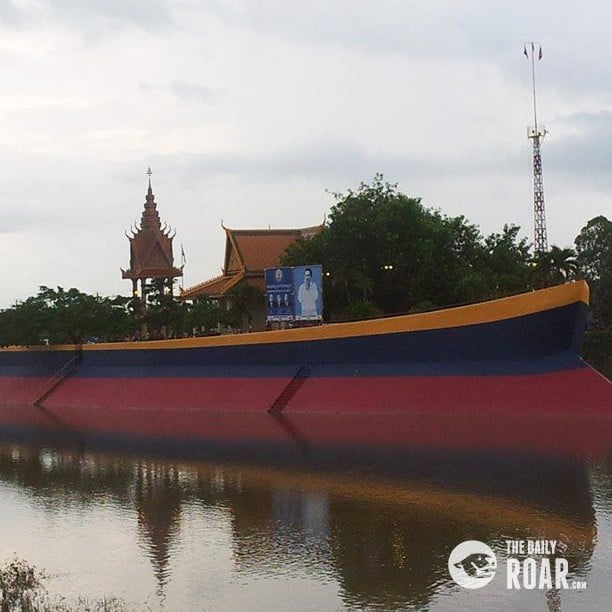 Sompeah Meash is one of the most important places for Pursat. The people of the province including provincial authorities always use the place for grand ceremonies of the province. The ceremonies include Visakha Bochea, Khmer New Year, and many other ceremonies dedicated to the spirit of Khmer ancestors. Besides being a sacred place for ceremonies, Koh Sampove Meas is also a place for people in the provincial capital to gather together for enjoyable activities during Khmer New year as well as for refreshing their mind in the afternoon.

If you are interested in learning about local customs, why not come and see Koh Sampov Meas with your own eyes?