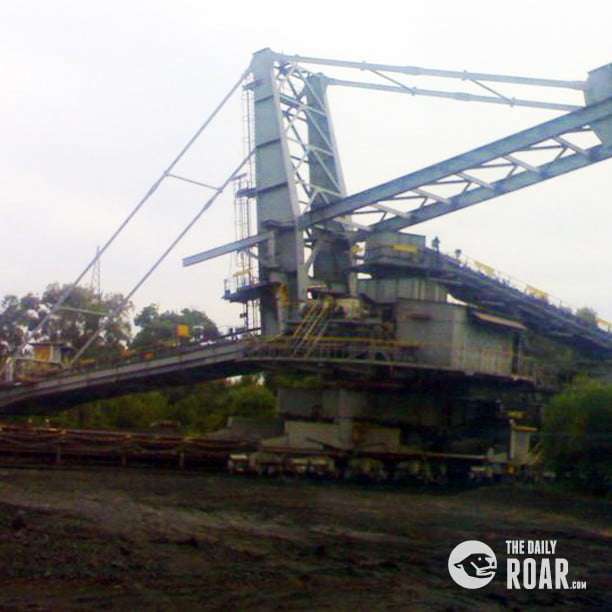 Because of business profit reason, almost all mining activities are chosen and done after having economy consideration about how much profit a company will get from the activity. The simplest economy law applies at this point: get as much profit as you can using least capital. Because of this main reason, too, there are so many people who judge mining company as heartless company which only cares about how much money it can get from land it exploits.

When choosing the most effective and efficient method in extracting resources, every mining companies including in Indonesia, have some considerations. In Indonesia, weather is considered as the most crucial reason in choosing the best method and tools. In order to increase productivity efficiency, most mining companies in Indonesia especially the big ones choose to have strip mining machine.

In Indonesia, there are only some mining companies which operates their own or rent strip mining machine. This is mainly because they need to pay a lot of money before they can rent the machine, or much higher if they want to have one of them. Another problem Indonesia mining companies should face is this machine can only reach its optimum productivity efficiency level if the company operates it to extract stripped resources, such as coal in very large quantity. Extracting resources through this way will help the companies in saving their production cost.

As you can see at the picture, the size of the machine is huge. That is why some people, even mining workers call this machine as monster, especially when it also has some ‘legs’. These ‘legs’ are actually operation path used by the machine. The working mechanism is so simple. The machine teeth will extract the minerals directly from the source and throw it into rubber conveyor.

Realizing this simple mechanism, there is almost no chance for the company not to choose this machine. However, there are some final considerations that companies in Indonesia, to be specific, must take before buying or renting this machine. The first and most important problem is, of course, shakes and weight load produced by the machine during its operational hour. There have been some major issues when land collapsed and hardly shakes even people who live miles outside the mining area can still hear and feel the shakes. If I am the mining company owner, I never expect both these things to come because it means another social problem I should deal with which has always become the largest and most difficult issue for every mining companies in this world, especially in Indonesia.