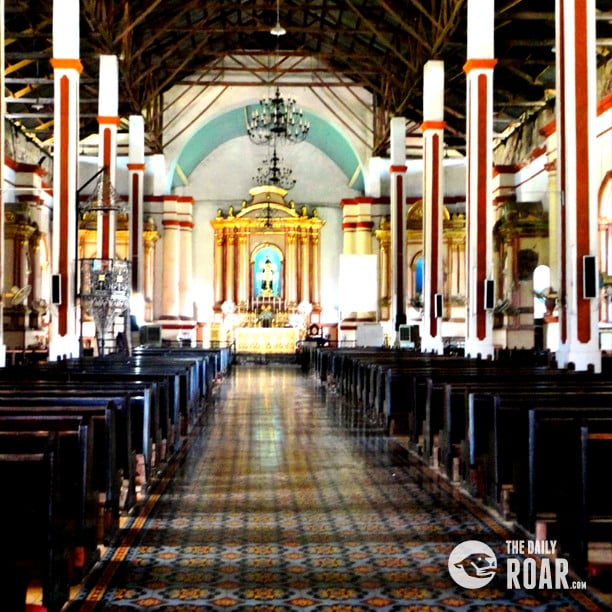 The Ilocos Norte Province is a timeless popular Tourist destination in Northern Luzon which is visited by many Locals and Foreigners because of Cultural Heritage and Historical significance this Province offers. This is evident on Ilocos Norte’s natural and man-made Tourist Attractions like the white sand and crystal clear Beaches, Museums, Old Buildings and Churches.

In the Municipality of Paoay, about 387 kilometers away from Manila and 21 Kilometers from Ilocos Norte’s capital city of Laoag, can be found the UNESCO World Heritage site of St. Augustine Church or more popularly known as the Paoay Church. This centuries-old Roman Catholic Parish Church built by the Spaniards is one of the oldest Churches in the Philippines and among the major attractions of Ilocos Norte.

To spearhead the spiritual conquest of Ilocos Norte during the early years of Spanish rule, the Augustinians founded Paoay in 1593. Augustinian Friar Father Antonio Estavillo started the construction of Paoay Church in 1694 and was completed in 1894. Seeing the Paoay Church, which is currently the property of the diocese of Laoag is an awe inspiring experience because of how big the Church is up-close and personal. It is built of coral blocks, baked bricks, tree sap and lumber. 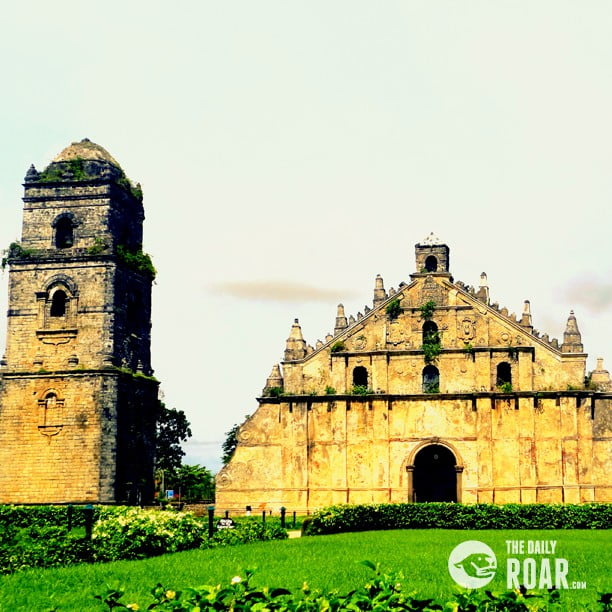 A unique Architectural feature of it is the design which is a combination of Gothic, Baroque and Oriental-highlighted by the enormous 24 buttresses on the sides and back of the structure for support. The Niches topping the façade suggest Javanese influence of Java’s famous Boroboudur Temple. Its details are inspired from by seal of Saint Agustine, the emblem of the king of Spain, the logo of the Pope, the “init-tao” or the sun god, and stylized Chinese clouds.

Just a few meters from the main Church is its three-storey Bell tower made of coralstone. In 1896 it served as an observation post for the “Katipuneros” during the Philippine Revolution against Spanish Rule and again for Filipino Guerillas during the Japanese Occupation in World War II.

As one of the best examples of Baroque Churches in the Philippines, Paoay Church was nominated to the UNESCO World Heritage Site and was officially inscribed in 1993 as a National Treasure. 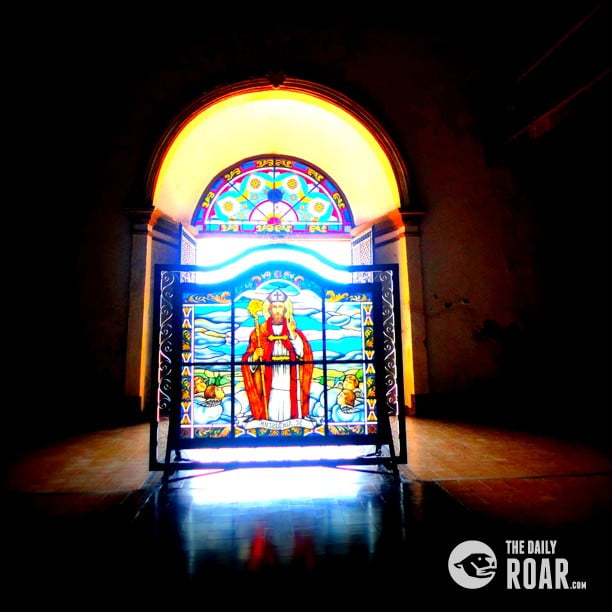 The Municipal’s name “Paoay” comes from the ilokano term “makapaway kami”, which literally means, “We can live alone”. When the early settlers were frequently attacked by the Tirong tribemen, they were forced to move eastward. In their view settlement site, they discovered that they have neighbors, now Batac town. Believing that the Tirongs are still a threat to them, their neighbors convinced them to seek refuge in their place. The settlers begged off, and bravely replied, “makapaway kami” and since then the place was eventually and permanently called Paoay.

Based on Historical Literatures, it suggest that early inhabitants of Paoay were people who came from Bombay, India. This was so because early settlers usually name their settlements after the name of the country. Other studies theorized that there have been people or settlers in the place much earlier than the coming of Indian foreign traders, since there were artifacts even human skeleton unearthed in the year 2000 in Paoay Church ground which may have been produced in early Chinese Dynasties. These are now on display at the National Museum. 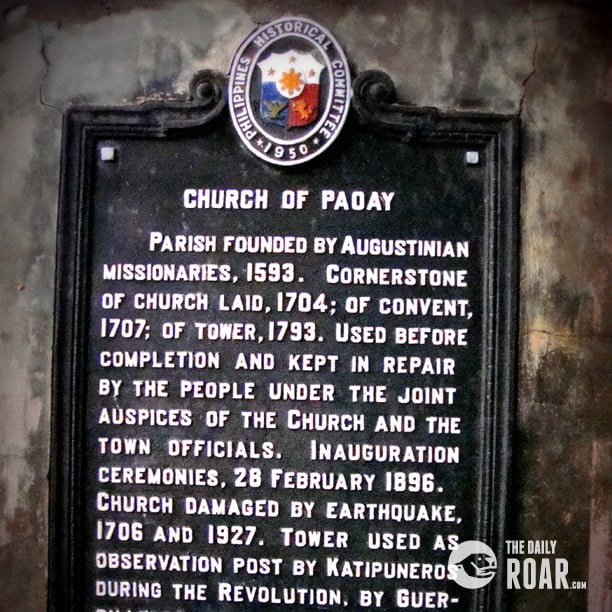 Paoay is a 4th Class Municipality that lies on the tiny strip of in Ilocos Norte’s coastal plains facing the West Philippine Sea. It consists of 31 Barangay and based on a 2010 Census the population in the area reached to 23,956 people. Deep Sea Fishing, Salt Making, Agriculture, Inland Fishing and Loom Weaving represents the locals’ main sources of income.

To reach Paoay, one can take a commercial bus in Manila bound for Laoag City-Travel time is more or less 10 hours. As for Air Travel, there are a number of Local and International Airlines that services the Manila-Laoag routes from Manila Terminal to Laoag International Airport-estimated flight time is 45 minutes.

/// Written by Hanse Oswald, The Philippines