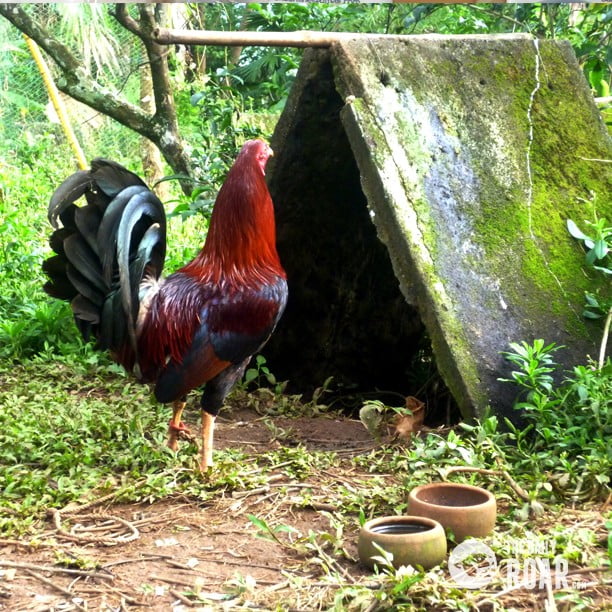 Filipinos are very fond of entertainment and gambling. Cockfighting or “Sabong” is a combination of both indulgences. About 90% of Filipino men ranging from 30-60 years old have witnessed both legal and illegal (Tupada) cockfights in the Philippines. Legal cockfights require a permit. Organizers of illegal cockfights often resort to small cockpits or street corners known as “Kanto” to hold fights.

The average wager from a person costs around 20 thousand Pesos (~$450 USD) and winner takes all. Not a sport for the faint of heart, cockfighting is a pre-colonial blood sport between two game fowls or gamecocks. Legal cockfights are typically held in an arena called a cockpit where gamblers place their bets. Gamecocks are roosters that originally came from the jungles of Southeast Asia. They are bred, domesticated and conditioned for fighting. Breeding is never an easy process, as gamecocks require extra care and attention. Physically, these fowls have feathers that are either red or orange in color and have a tuft that are black with a tinge of emerald green. Their ferocious attitude can be attributed to their natural instinct to dominate and protect their territory. It is common practice for breeders to separate these roosters from each other when they are not fighting. The pellets fed to gamecocks are fortified with vitamins and minerals to ensure their overall health. They are grown and groomed for endurance and strength. Breeders remove the comb and wattle of a young gamecock for better sight, this is called dubbing. 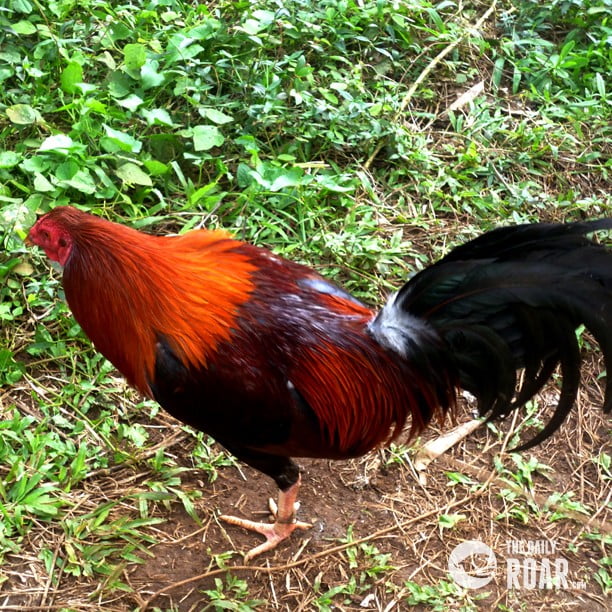 Before the fight, blades are typically affixed to the left leg, which enables the gamecocks to inflict often-traumatic injuries to each other. Larger arenas will have ‘surgeons’ who specialize in treating wounded birds. Despite the brutal nature of the sport, most breeders take good care of the animals outside of the fights by washing, feeding, and allowing them plenty of recovery time in between fights. Many participants take part in Sabong solely because it is a useful source of income.

Because of the inherent inhumane treatment of animals associated with the sport, cockfighting has been outlawed in many countries including the United States, Australia, and much of Europe, and continues to be a controversial issue worldwide. Many Filipinos view the sport differently. Macario Velasquez is a 54 year-old cockfighter, and had this to say about Sabong: 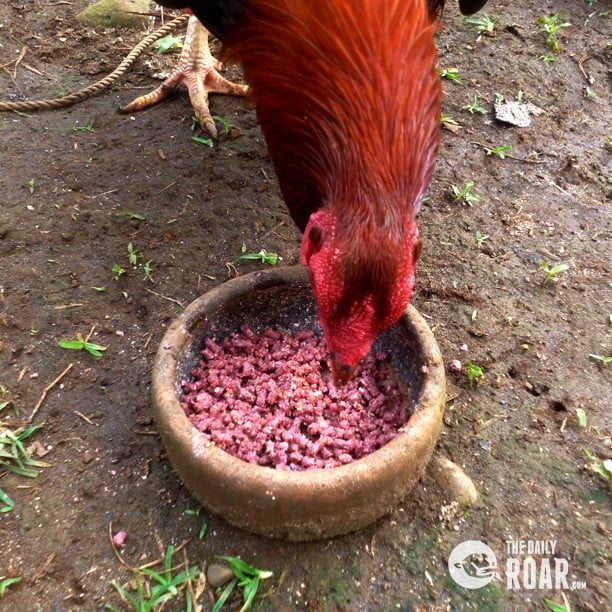 “Many outsiders might look at Sabong and say this is an ugly sport; what they don’t realize is that many Filipinos who do this see it as a job. I was able to send my two daughters through university by fighting.”

Velasquez, who currently keeps his three gamecocks in separate enclosures in his backyard continues.

“Every time I have lost a bird I felt terrible, and not just because I had money on the fight. I hope that outsiders realize that our sport is not an indulgence but a means of livelihood for so many Filipinos.”

As a deeply rooted part of Filipino culture, Sabong shows no signs of slowing down as in other parts of the world, and continues to be a weekly event for millions of people in the Philippines.


/// Written by Kimberly Collado, The Philippines