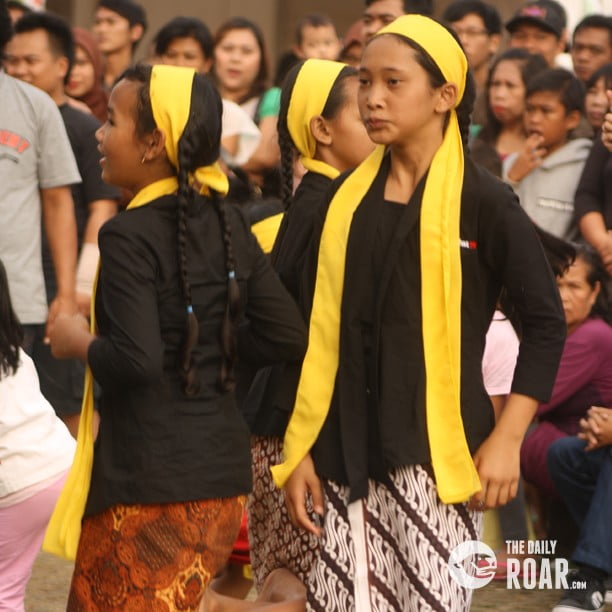 Sundanese is one ethnic group mostly located in the island of Java, Indonesia. Identity that unites the Sundanese is the language and culture. Sundanese people are known to have properties optimistic, friendly, polite, and cheerful.

Perepet jengkol is one of the famous Sundanese traditional game, the special song sung by men or three women, each holding a hand of each backing up each other, lifted their right foot up to the calf strongly. Each hand is released then, jumping up and down around to the left while the applause followed the rhythm of the song perepet jengkol. This game are rarely played nowadays, but you can still find it easily when there’s a culture exhibition in Bandung. The time aren’t always the same, but they usually held it in the middle of the year. Also you can see the kids play it in the rural areas but rarely in urban areas

Neither side declared victory or defeat in this game because this game is played just for fun. Even so, the game perepet jengkol provide a lesson for us, that teaches us to be working with other people. At the moment we can work together and listen to one another clue that the balance would be maintained. However, at the moment we are weak and no longer able to work with, it all fell down. That’s more or less like a traditional game of the Sunda region. The game was not just any old game but there is always a meaning behind everything.