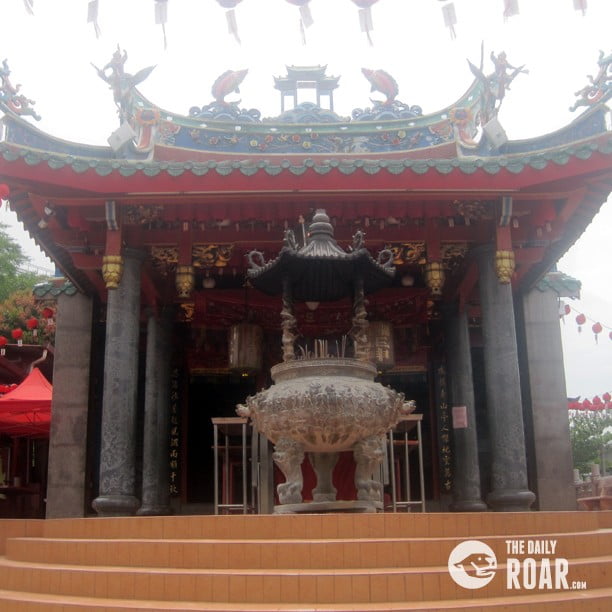 The history of the Chinese community in Sarawak has and always been an interesting topic to ponder, especially when they managed to preserve one of their oldest temples in the midst of the Kuching city. The Siew San Teng Temple (also known locally as Tua Pek Kong Temple) is the earliest known and oldest Chinese temple built near the waterfront of Kuching, Sarawak.

Located just opposite the Chinese History Museum and overlooking a busy junction, it is one of the most famous tourist destinations in Sarawak. From its humble beginnings as a small and simple hut some time during the 1800s, its first known renovation was done in 1856, and was upgraded with ceramic roofing and partially brick walls in 1863. Charles Brooke, the second Rajah of Sarawak, issued the earliest known official land title for the temple in 1871. The introduction of cement in 1880 has played a major role in massive renovation projects, which led to what it is now. It is so well-preserved that it stood up as an attraction in the midst of the busy traffic.
It is said that the temple has the best Feng Shui location since it was one of the buildings that survived the Great Fire of Kuching and remained intact during the 1941 Japanese occupation, where the Japanese Imperial Army bombed the area and nearby buildings were badly damaged and some were completely demolished. It is also said that the placement of the temple itself, of which it faces the water and the mountains, ensures a good channel of Feng Shui for its devotees to come and doing their prayers for their deity. 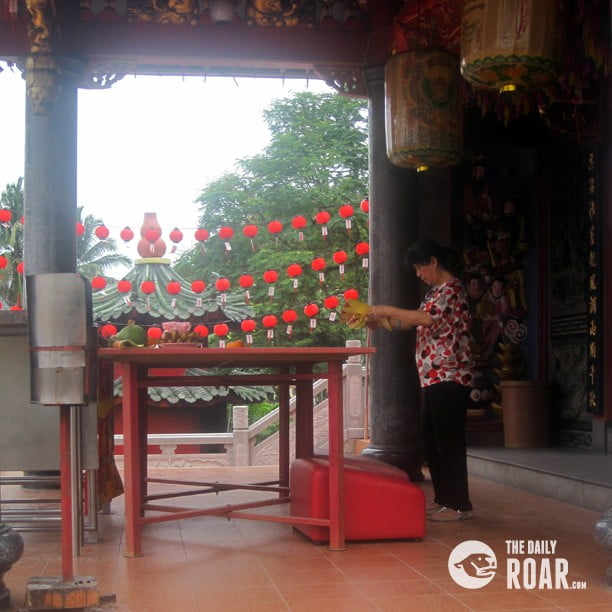 If you happen to have a vacation in Kuching, please do visit this temple. And one more thing, being charitable is not as bad as it seems, for it might bring good fortune.