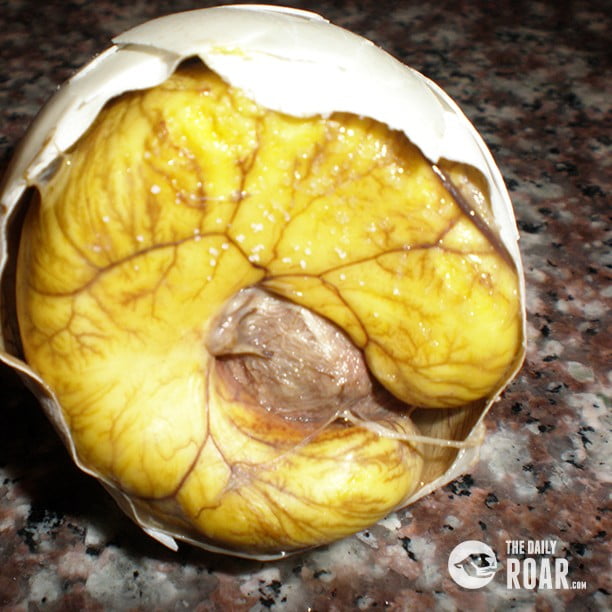 In the Philippines, we maximize the resources where we can get food from since it is one of the most important necessity that we consider and I will feature about what everybody doesn’t know. It is the thing we call “balut.”

Duck egg or commonly known as “balut” is one of the iconic exotic foods here in the Philippines. This kind of food has two types: the one what we call “penoy” which has no embryo and the other one is the “balut” which has an embryo in it. This “balut” usually does have a tasty fluid inside together with the embryo not like the “penoy” which is more like of a chicken egg. The embryos base its difference depending on the days. Like for example, the youngest embryo is at fourteen days, but the most wanted by many is at sixteen days, seventeen days or most especially the eighteen days because you can really taste the embryo slowly turning into a chick where there are already feathers that you can feel while eating it.

“Balut” is usually eaten during night time and that really brought curiosity to some Filipinos and some foreigners who tried to experience the savory duck egg, and as I tried to ask some of the vendors why it is usually eaten during night time, they said that it is because of the chick, so that when you eat it you can’t see the exact creepy image of it all the more if it is is seventeen or eighteen days “balut” because you can really see the feathers in the chick. Though looking very creepy, it tastes really good that people would want to have it again and again and some could even have one egg after the other and aside from being delicious, it is also nutritious as well. Speaking about nutritious, duck eggs are said to be a good source of protein, and here in the Philippines, it is usually considered as knee-strengthener.

In some ways, Filipinos eat “balut” after a drinking session. It is one of their favorite after-booze foods because “balut” is usually eaten together with some spicy vinegar and a little bit of rock salt. It is usually paired also to “chicharon” or a dish generally made of fried pork rinds; it is sometimes made from chicken, mutton, or beef. It is also dipped in the vinegar when you eat it. It is really one of the best exotic foods here in the Philippines.