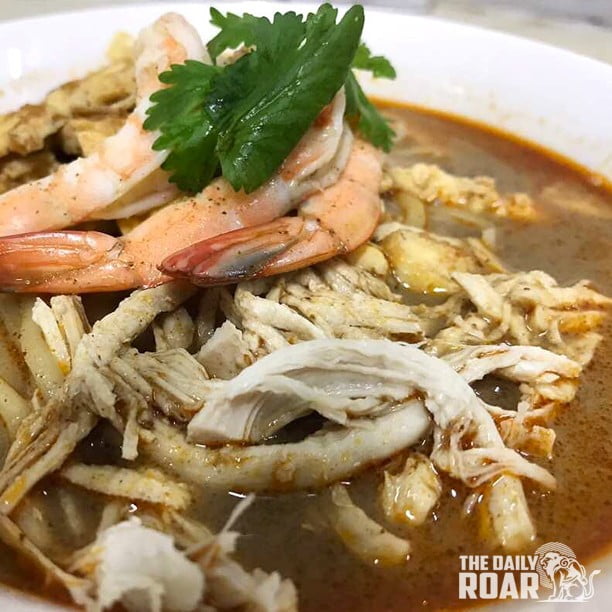 Laksa is a popular spicy noodle soup in the Peranakan cuisine and is found all across Malaysia. It is so popular that different states in Malaysia has their own unique laksa recipe. For example, in the northern state of Malaysia, Penang, laksa is specifically referred to as asam laksa. Asam is a word in the Malay language used to describe any ingredients that taste sour such as tamarind and kokum. Whereas in the national capital of Malaysia, Kuala Lumpur, it is referred to as curry laksa, for its coconut-based curry soup. There are more than ten laksa variants in Malaysia.

Sarawak Laksa, the best of all time!

With so many laksa variants to choose from, Sarawak laksa is arguably the best laksa of all time. The broth is what gives Sarawak laksa it’s unique taste, it is a perfect blend of red chili, shrimp paste, lemongrass, sour tamarind, garlic, ginger, herbs, spices and coconut milk. The result is a well-balanced broth, not overly rich or creamy with coconut milk, but with a slight hint of sourness and spiciness, that keeps people coming back for more. Its flavour is so unique and unlike any other laksa recipes out there that it has even made it to the Top 10 wish list of world-renowned chef Anthony Bourdain for his food market in New York!

Sarawak laksa can be found in Kuching, the capital city of the Malaysian state, Sarawak, in the island of Borneo. Borneo is the third largest island in the world and the largest in Asia. The travel time from Kuala Lumpur to Kuching will take approximately two hours by plane.

A bowl of Sarawak laksa is served piping hot with rice vermicelli noodles, fluffy sliced omelette, whole fresh prawns, shredded chicken strips, bean sprouts and garnished with fresh coriander leaves and lime. To secure a good bowl of Sarawak laksa, head down to a local coffee shop early in the morning as it is a breakfast staple for many Sarawakians and Malaysians alike. Sarawak laksa at popular local coffee shops such as Chong Choon and Choon Hui cost RM7, approximately €1.40, and is so famous that it sells out by 10am.

Where to find Sarawak Laksa?