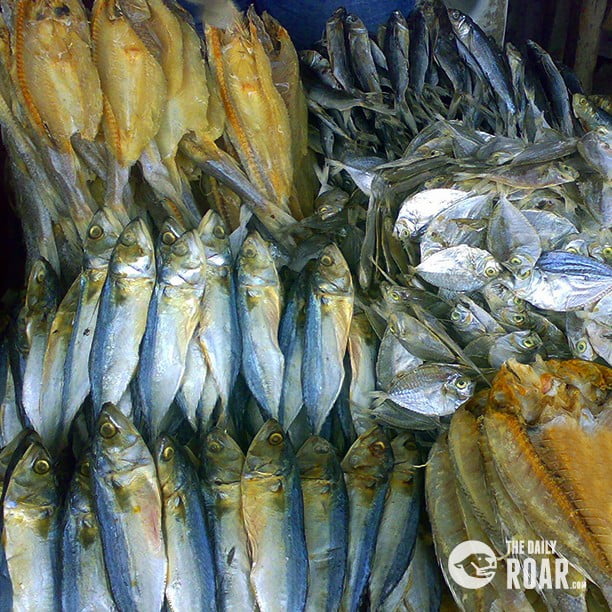 These dried fishes or buwad, as locally known in the province of Cebu, and daing in Manila or can be called as such in Tagalog, are just one of the many dried fishes that are sold in the public market situated in Cebu City. Numerous dried fish stalls can really be seen all along the streets of Brgy. Tabo-an in the city of Cebu in which people have a lot of choices to choose from. There are a number of dried fishes sold in the public market such as galunggong or gigi, dilis, bolinaw or bolinao, lagpang, and a lot more.

This food is perfectly matched with vinegar (suka), red chilli (sili), and cocoa (sikwati). It is economically wise in which everyone and I mean everyone can afford to buy it from 1 gram to 1 kilo or more, depending on the stall where people decide to buy.

There are always advantages and disadvantages on everything. The advantages of buying or eating dried fish is that it is inexpensive, and the consumer does not have to eat it fast because it does not gets rotten even if it has already been days since he cooked it. The disadvantage of eating this kind of food is that once the consumer keeps on eating this, or even cannot control himself from overeating this, there is a bigger chance that he can get kidney failure if he does not stop from overeating. We all know that buwad or dried fish is very salty. Of course, there are always pre-cautions on everything, and he should know that after eating or overeating this food, he should at least drink plenty of water to flush the salty particles that he has consumed from eating dried fish or buwad.

One of the safety pre-cautions that people should be advised is that before dipping the dish into the heated pan with the cooking oil, they should first soak it into the water to somehow remove the salty taste which can highly cause the consumers to get Kidney failure. Second, if the consumer does not prefer to soak the fish into the water, then he should drink plenty of water time after time so as to flush down the salty taste.

Buwad can be cooked in either ways: escabeche or pinirito. If you prefer to cook it through prito, you just simply have to dip it into the heated cooking oil in pan. And if you prefer to cook it as escabeche, first, fry the fish first then remove the cooking oil when cooked, and afterwards put the necessary vegetables like tomato, red bell pepper, and of course you should not forget to put water so the saltiness will not remain.