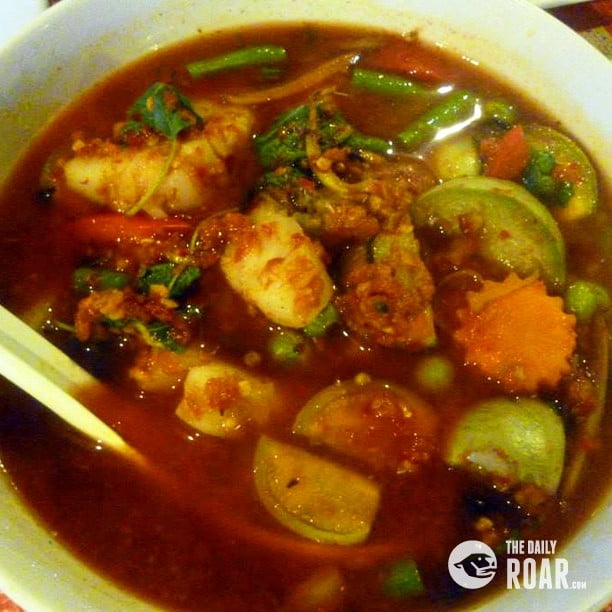 Thai Foods, one of the most popular in the world

Thai Foods are often known for its fiery spiciness, with many dishes using lots of chilli with lashings of garlic. Many restaurants tame dishes down, however, if ordered by a foreigner, but the Thai idea of a “little” spicy can still be very strong for a foreign palate! That said, Thai cuisine is amongst the most popular around the world, with an abundance of fresh fruits and vegetables helping to create many tasty dishes.

The staple food is rice, so don’t be surprised to find yourself eating bowl after bowl of the white grains when travelling around the Land of Smiles. Noodles are also common. Thai salads can be spicy yet refreshing, and soups and soup-like curries aren’t as difficult to eat in the hot temperatures as you may at first think.

To tempt your taste buds, here are five of the most popular dishes to try when visiting Thailand:

Perhaps the most well-known Thai dish amongst people outside of the country, pad Thai is comprised of stir-fried noodles. Strips of rice noodles are tossed in a sauce and lightly fried in a wok-like pan. A typical pad Thai also contains small pieces of egg, and small chunks of hard tofu, with the flavours coming from fish sauce, tamarind, garlic, dried shrimp, palm sugar, and chilli. Pad Thai also often contains bean sprouts, coriander, and chives, and has ground peanuts sprinkled on the top. It is possible to make a vegetarian version using soy sauce instead of fish sauce, and leaving out any extra meats or seafood.

A hot and sour soup that is often served with rice, tom yum is especially popular amongst Thai people. There are various types of tom yum, with the shrimp version (tom yum gung) particularly well-loved. The thin soup contains stock and fish sauce along with assorted spices and herbs, including galangal, lemongrass, lime, and chilli peppers. Different vegetables, meats, and seafood can be added to the broth, and it’s not uncommon to find whole peppercorns floating in the bowl. Major meats include chicken, pork, and beef.

Pad gra prow has a distinctive taste, thanks to its signature ingredient of holy basil. Spicy and flavourful, a variety of ingredients are stir-fried before being served with boiled white rice. Garlic, chilli, soy sauce, fish sauce, and oyster add give the dish even more kick. Whilst the basic ingredients can be stir-fried with any meats, seafood items, or vegetables, pork, chicken, shrimp, and beef are particularly popular. A vegetarian version can be made using just veggies, or with added tofu, and omitting the fish sauce and oyster sauce.

There are several types of curry that are popular in Thailand, including green, red, yellow, and massaman. Curries in Thailand are typically quite thin and watery when compared to, for example, Indian curries. It’s common to spoon a Thai curry over rice to enjoy. Some Thai curries have a water base, whilst others use coconut water and / or coconut milk. The addition of fresh herbs and spices, along with curry pastes, makes Thai curries generally quite rich. They can contain various meats, fish, seafood, and vegetables, but traditional curries often go easy on the meat. Red, green, and yellow curries are spicier than the southern massaman curry. Created by Thai Muslims, massaman curry is quite creamy and a little sweet, using potatoes, which are rarely found in other Thai dishes.

A Thai dish that originated in the eastern part of the country, som tam is a spicy raw salad that is made by bashing all ingredients together with a pestle and mortar. Thin strips of unripe papaya are one of the key ingredients, made softer by the preparation method. Fish sauce, lime, chilli, sugar, garlic and salt add lots of sharp flavours. Other ingredients in a typical som tam include dried shrimp, shrimp paste, beans, tomatoes, peanuts, and crab. Raw cabbage and / or cucumber is often served on the side, great for relieving the spiciness. Som tam may be enjoyed on its own as a snack or lighter bite, though it is often served with sticky rice. You may also find it served with chicken or noodles.