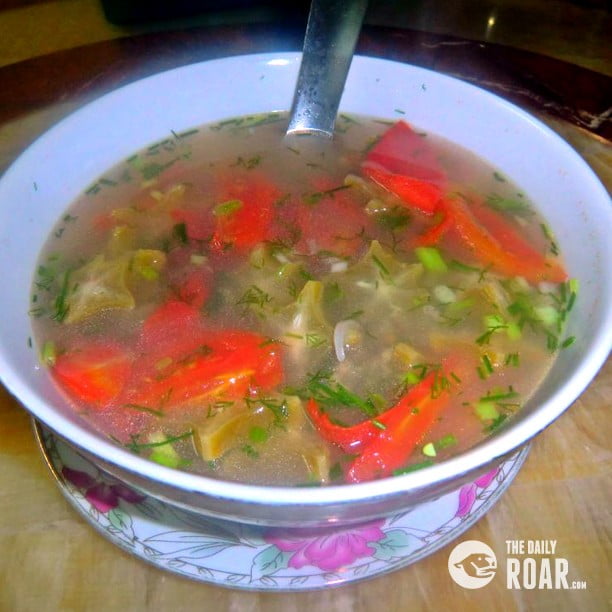 Star fruit and clam soup is one of many Vietnamese traditional dishes present in the Vietnamese people’s everyday meal, especially in the summer.

The star fruit has had a long lasting attachment to the Vietnamese culture. It is also used vastly in many types of dishes such as in salad, pickles, soup, and many stir fried dishes. In this article, I am going to introduce to you a pretty popular soup that has the presence of the star fruit called Star Fruit and Small Clam Soup. The naturally sour taste of the fruit together with the sweet taste of the small clam makes this soup a wonderful solution during the hot summer weather of Vietnam. Now let’s follow me to my virtual kitchen to find out what ingredients we need for this soup. 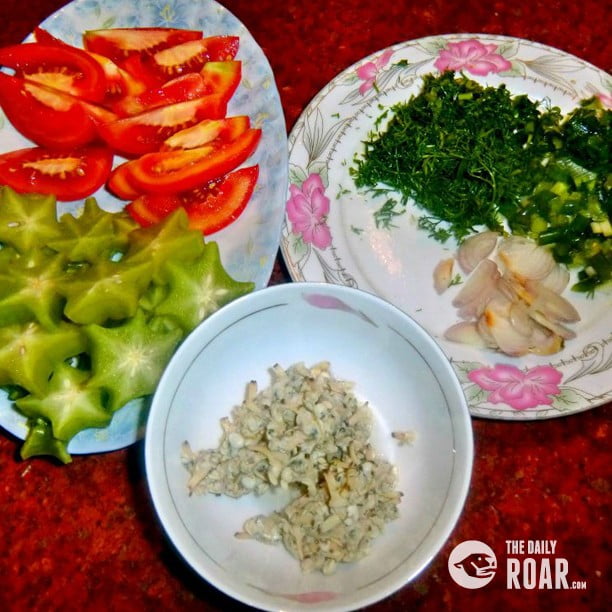 – Peel the edges of the star fruits, cut them in the horizontal side in thin slices 0.3 in width.
– Cut the tomatoes in pieces similar to the sections of an orange
– Eradicate the root of the green onion bulbs, chop the leaves into small pieces.
– Undo the purple onions, chop in small pieces.

After carefully rinsing the small clam so that all the dirt is wiped away (maximum 3 times), put it into a cooker filled with 800 ml of water. When the water is boiled, the shells of the clams are open, which means the clam flesh is well done. Separate the clam from its cooked soup. Then rinse the clam again so that we can take the flesh out of the shells. Rinse the flesh one time so that all the dirt is wiped away. Carefully filter the soup by pouring it into another cooker until you can see the dirt (the dirt lays in the bottom). Do it over and over again (maximum 3 times) until you see no dirt in the soup, which now means it is OFFICIALLY clean ☺.

Now put a little bit of cooking oil into a cooker, wait until it is hot then put the diced purple onion into the cooker. Sauté it until it turns light yellow, then put the clam flesh in with a little bit of Knorr, sauté it for 2 minutes until the flesh is formed solidly. Then pour the clam soup into the cooker together with tomato and star fruit. Put all the seasonings in: Knorr, salt, and sugar. When the soup is boiled, that means it is done. The star fruit and tomato will become very soft, blending with the sweet taste of the clam soup, which makes it a perfect mixer. Our final step is to add the chopped green onion and dill into the soup to increase the color tone. After that it is time to digg in! 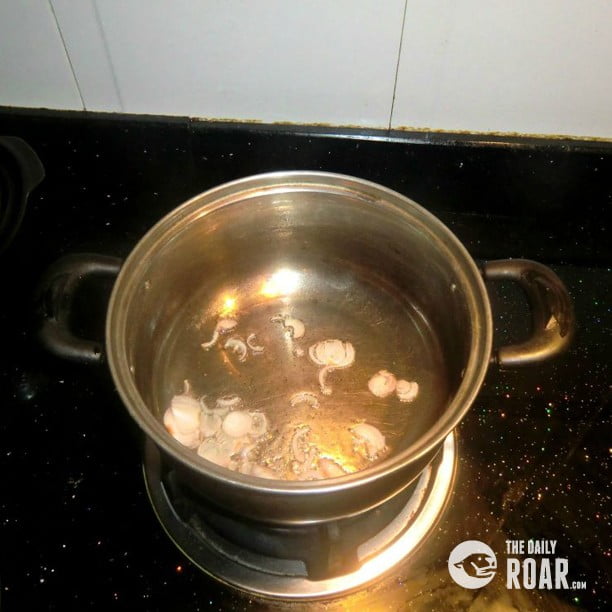 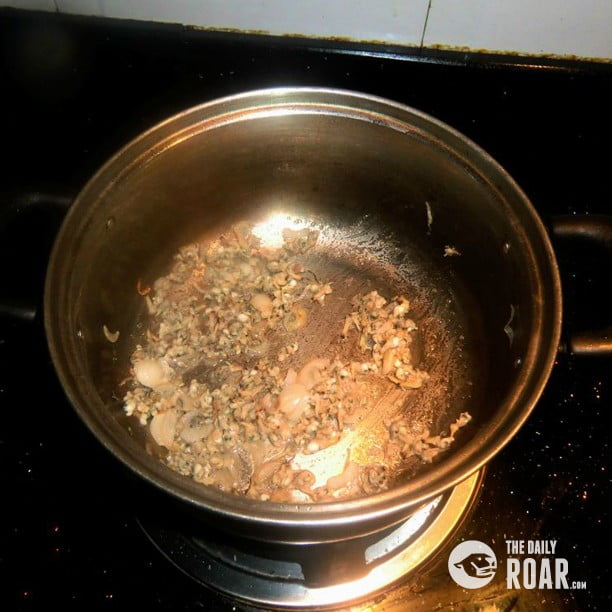 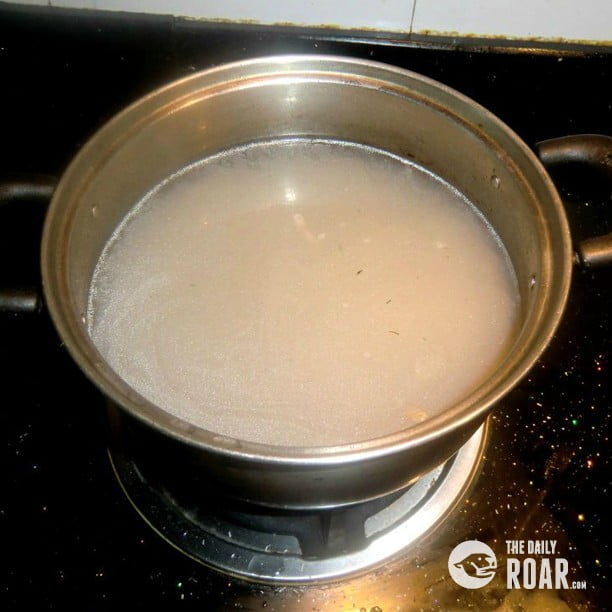 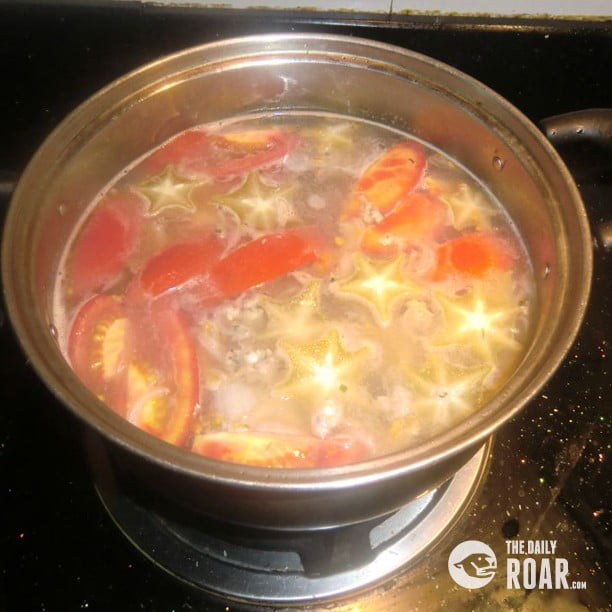