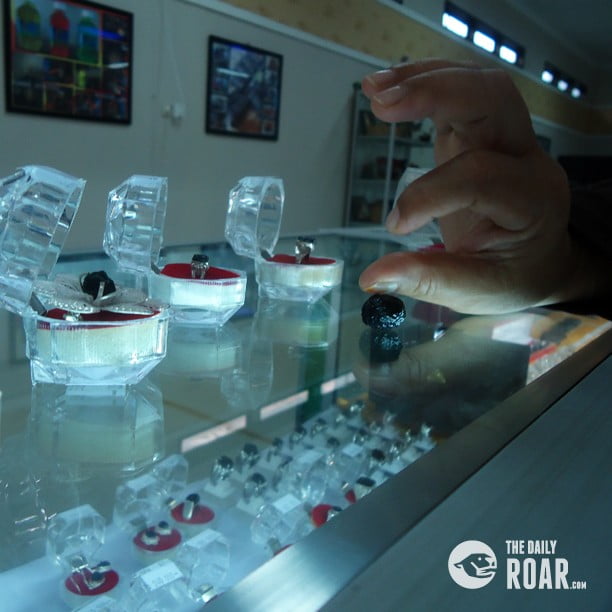 Satam stone or well-known Bilitonite is a type of rock that can only be found in the Island of Belitong, Province Bangka Belitong. Uniquely this rock was usually found by tin miners accidentally, and cannot be found any other mining places around the world only at Belitong Island.

In the year 1921 a Dutchman named Ir. N. Wing Easton from the academy of Amsterdam from Netherlands called these rocks Bilitonite which means rocks from Belitong. Whereas Satam came from the Chinese words Sa (sand) and Tam (bile). So Satam means bile sand to the Chinese people.

It is believed that thousands of years ago there’s a meteorite expected to explode in the space, parts of the fraction fell like showers to earth throughout the world including Belitong Island. The black color of the stone came from the mix of carbon acid and manganese substance. 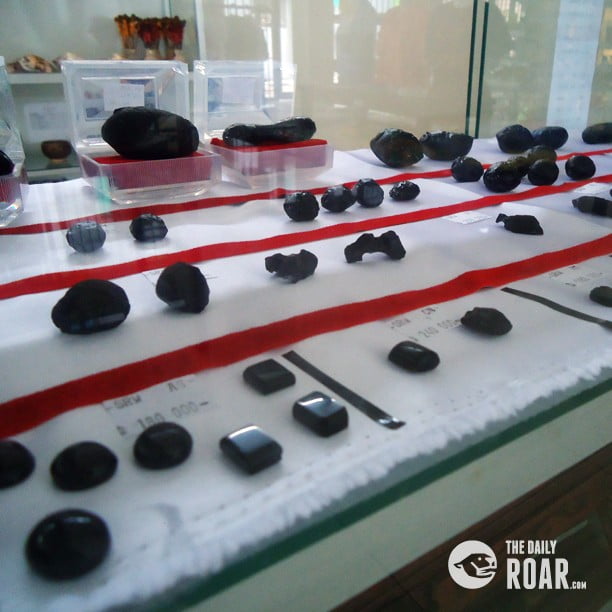 The curves of the stone are artistic as it is beautiful and unique. Visitor can test whether it’s a real stone or not by putting their nail to the top of stone and it will spin. This happens because bilitonite has magnetism that will spin to left or right slightly depend on how strong the magnetic fields are. Their shapes varied, there’s one shaped squares, round, or even like donuts. This stones are usually made for jewelry attached to gold or even silver in shape of necklace, ring, or even brooch.