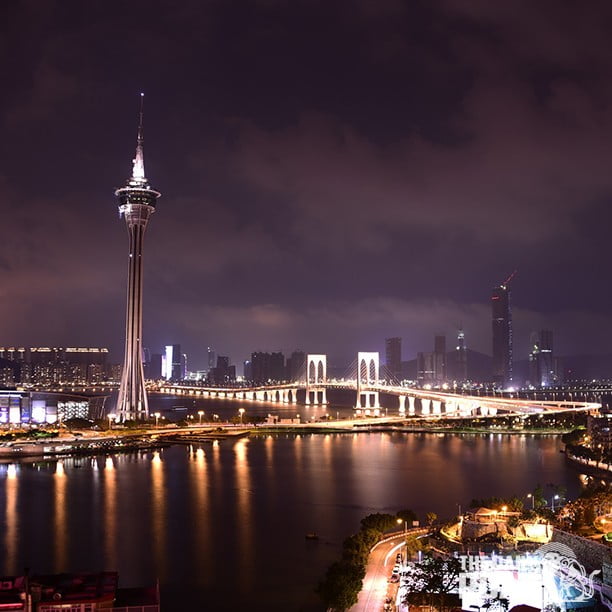 Macau is one of the most popular tourist destinations in the world. Every year, it is visited by tens of millions of people looking for their share of luck in one of the numerous casino resorts. It is rightfully called the City of Dreams, as your dreams can really come true if you visit it.

However, there are a lot of breathtaking things that you might not know about this unique Chinese city. Thus, we’re sharing 10 amazing facts about Macau you probably didn’t know about before. Enjoy!

1.Number One Gambling Destination in the World

According to the infographic below composed by casinosites.me.uk, Macau beats Las Vegas in gambling revenue by three times. In gambling circles, Macau is often referred to as the “Asian Las Vegas.” However, it seems like the cards are turning and we might start referring to Las Vegas as the “American Macau.”

Macau became Portugal’s colony in 1557. It remained a colony for almost 400 years until Portugal returned it to China in 1911. Thus, Macau was Europe’s last colony in Asia. That explains why the European architectural influence is so popular in Macau.

Macau is one of the most popular travel destinations in the world. Few people manage to resist its luxurious resorts, delicious food, and cultural heritage. It is visited by 30 million tourists every year, which is half of all tourists that visit China. Moreover, that is more than all of the tourists that visit Austria in a year.

4.A Unesco Creative City of Gastronomy

Due to its long-lasting European influences, Macau’s cuisine presents the perfect mixture of the Asian and European food cultures. Macau is one of the only cities in the world where you can try Macanese Cuisine. It’s hard to find it even in nearby Hong Kong.

Macau is home to a large number of futuristic buildings that look like alien constructions. Perhaps the most popular one is the Morpheus Hotel. It is the world’s first free-form exoskeleton-bound skyscraper. It cost $1.1 billion to construct it.

6.Favorite Destination of Many Celebrities

Macau is the definition of money and luxury, which is why a lot of celebrities enjoy spending free time in this Chinese gambling haven. Some of the biggest celebrities that can be often seen on the streets of Macau are David Beckham, Paris Hilton, and Rihanna.

7.Highest Bungy Jump in the World

Macau is the best travel destination for adrenaline junkies. It is home to the highest bungy jumping tower in the world. The tower is 233 meters high and provides visitors with the perfect birds’-eye view of the city.

8.Residents Are Paid for Living There

9.Most Densely Populated City in the World

Macau is the most densely populated place in the world. It covers an area of just 11.4 square miles, but is home to a population of 650,000. It goes without saying that bumping into people is a daily occurrence.

Macau has two islands named Taipa and Coloane, which offer breathtaking beaches, tranquility, and present the perfect destination for a vacation. They are connected to mainland Macau via a bridge, so it’s very easy to get there.

For more interesting information about Macau, check out the infographic below.