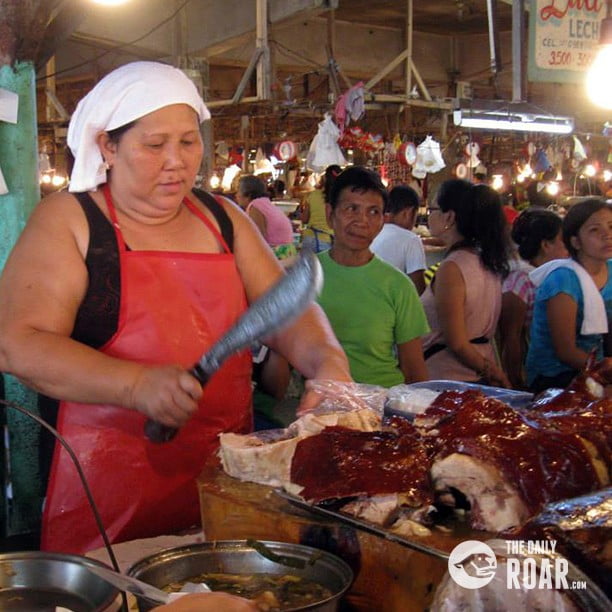 Imagine a covered market packed full of sellers yelling this, their calls layered like a church choir, each straining to be louder the rest. Now imagine the sellers holding strips of crisp, fatty pork skin in their outstretched hands, imploring you to try just one succulent bite. Add in the rich, heady aroma of roasting pigs saturating the humid air and you’ve got an idea of the porcine sensory overload that hits you as soon as you walk into the lechon market in Carcar, Cebu.

Carcar one of the oldest towns in Cebu

Carcar is one of the oldest towns in Cebu — it became a municipality in 1599 — and its lechon has nearly as long a history. The dish was originally introduced by the Spanish, who prized young pigs still drinking their mother’s leche, or milk, for their tender and delicately-flavored flesh. The lechon in Carcar, though, is undeniably Filipino. The pigs are stuffed with lemongrass and garlic and roasted on a bamboo spit for hours, until the flesh is meltingly tender and the skin is a deep burnished bronze, dark and crisp as toffee. 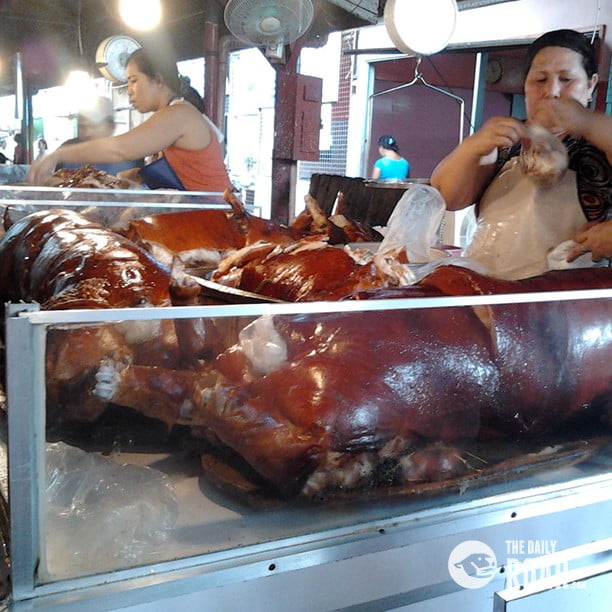 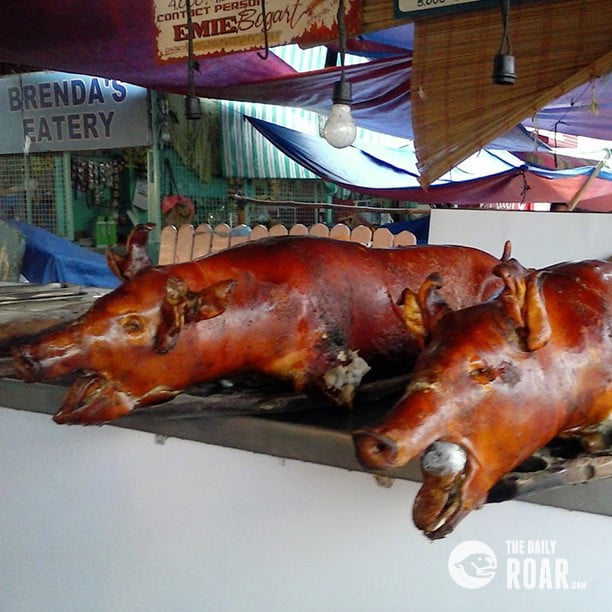 By the middle of the twentieth century, the lechon market had established itself as the beating heart of Carcar. Several of the stands in the market date back to that time, including Guiling’s Special Lechon, which was founded by a venerable patriarch remembered as “Papa Cinto.” Carcar has maintained its high status across the decades by serving a unique regional variation of the dish. Elsewhere, lechon is typically served with liver sauce, but in Carcar it’s topped with an unctuous gravy made from the juices released during roasting, fresh fruit, and patiotes, a local herb. This gravy is perfect for sopping up with bites of puso, rice boiled in woven coconut leaves, a Cebuano specialty also sold in the market.

Carcar the place to be for Filipino daytrippers

While rarely visited by foreign tourists, Carcar is a popular destination for food-minded Filipino daytrippers — it’s just an hour from downtown Cebu, easily accessible by car or bus. The lechon market is adjacent to the Rotunda, a roundabout dating to the 1920s that features an American-style bandstand and statues by the famed local artist Dr. Ramon Abellana. The market itself does not have seating, but the carinderias in the area are happy to let you eat your takeout lechon at their tables, as long as you buy some drinks or other dishes. While you’re in town, pick up a bag of chicharon to bring back home. Carcar’s chicharon is just as famous as its lechon, and when you’re far away the crispy wisps will help you remember the time you ate the best lechon in the Philippines.

/// Written by Jennifer Fergesen, The Philippines