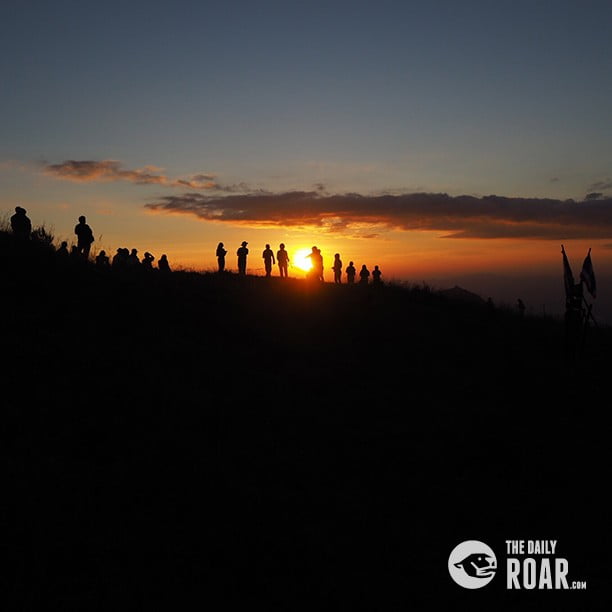 After a 6 hours drive from central Bangkok and another 5 hours hike. I was convinced by
what I have seen that this trekking trail is worth the long drive.

These photos were taken last December. The trekking season for me and my travel
buddies. In the past years we traveled up north but this time we head west, our destination was the roof of Kanchanaburi “Mount Sun Nork Wua” the mountain that stood above Vajiralongkorn dam in Kao Leam National park, the highest mountain in Kanchanaburi.

Kanchanaburi is a historic province best known to the outside world as a city of the death
railway, the railway built by Allied prisoners of war and conscripted laborers under the
Japanese command during the Second World War. But we were not there for that, our
destination is the Sun Nork Wua’s summit which settled within Kao Leam National Park in
Sangkla Buri district where “Mon Bridge” the longest wooden bridge in Thailand is situated.

After the 6 hours drive we made a brief stop at the national park headquarter to pay the
admission fees and to get ready for the next day. Here at the headquarter we unexpectedly discovered another hidden gem of this national park next to the entrance of
the headquarter it was the Pom Pee View Point. From this view point you can clearly see
the scenery of the reservoir and the beautiful sunset. There is a campsite located 2 km
from the main entrance of the National Park’s headquarter. The Jungle trek is 9 kilometers in total and it took us around 5 hours to get to the summit of Sun Nork Wua. Sun Nork Wua is the highest mountain in this region, it stands at 1767 meters above the sea level.

We started the day early from Pom Pee view point and head through the lush jungle of
Khao Laem National to the base camp of Sun Nork Wua which locates just below the
summit of the mountain. I would recommend you stay for a night or two as it would be too tiring to make it a day trip unless you are extremely fit and started off early enough to make your way back to the ground before dusk and to avoid any dangers from wild animals. If you don’t like to stay in camps, you can utilize vouchers on OZCodes to find reasonable accommodation near the national park at discounted rate. Be sure to start the day early so that you reach the summit of Sun Nork Wua before sunset. 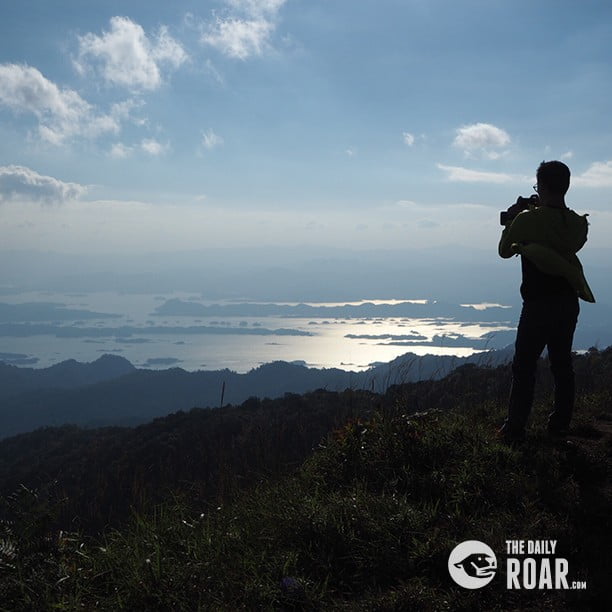 When we reached the summit of Mount Sun Nork Wua, the exhaustion from 5 hours walk
suddenly disappeared. I felt like the energy tank inside my body have been filled just by
looking at the sunset and the breathtaking beauty of nature in front of me.