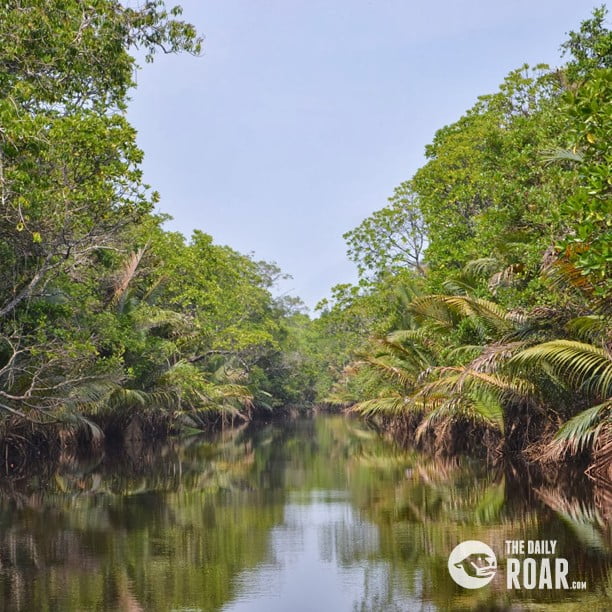 Cherating, a quaint little beach town off the coastal side of Pahang, has more to offer than just sea

and sand. We decided to venture further than the regular swimming, sunbathing and beach walking
during our stays and came across Hafiz’s Cherating Activities. Hafiz, an affable man with strong
knowledge on fireflies, recommended us to follow him for the fireflies watch tonight but
considering it was still early in the day, we decided to go for a river cruise instead.
With the strong sunlight lighting up our day, we have a good view of Cherating River and its
surrounding mangrove trees along the riverbanks. Our boat guide, which was also the nature expert
working under the agency, gave us a thorough tour of the river. He was very informative and always more than happy to share with us his knowledge on the many species of mangrove trees growing in the area.

He also has a good eyesight for often he was the one pointing out the animals hiding deep in the
forest. His hands would raise up and point at the snakes he saw curling up on the tree branches,
telling us to look for the yellow stripes on their skins. Often, cameras will be flickering away at the direction the guide pointed at, hoping to capture a good picture of the animals. Some of the wildlifes we saw were mangrove snakes, macaques, blue kingfishers and monitor lizards.
Halfway through the cruise, we chanced upon a Malay uncle, alone in his boat. He was looking
through the traps he set this morning before dawn, trying to see if there is any catch for today.
Apparently, lady luck herself was feeling rather good for the uncle has a few crabs inside the basket all tied up, ready to be sold to restaurants around the area. 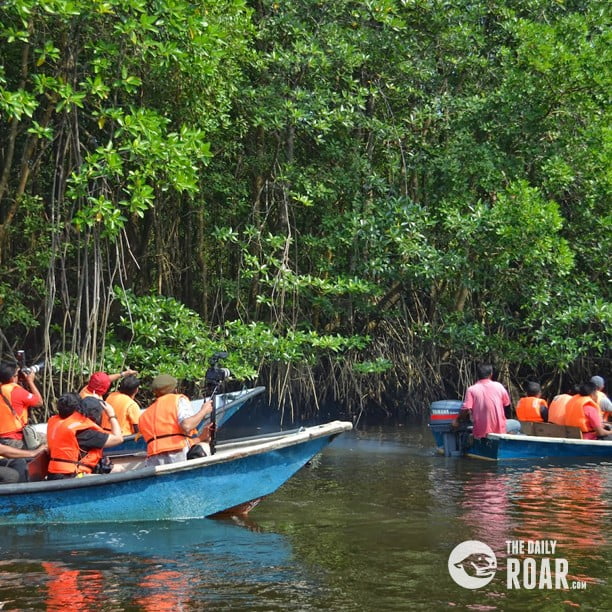 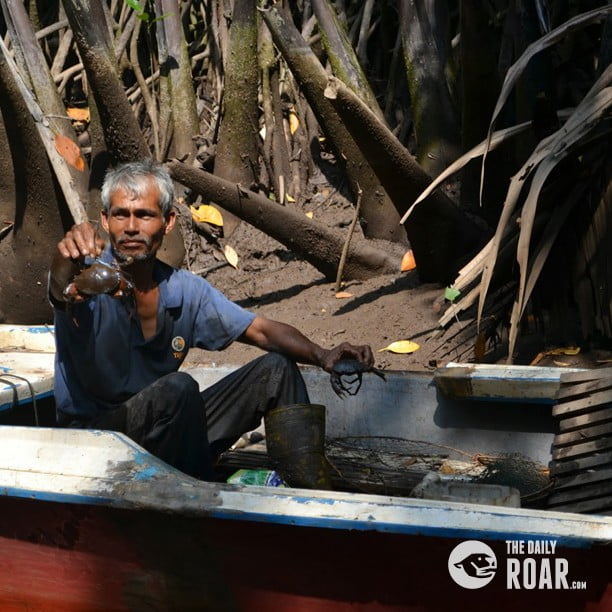 Besides these animals in their natural habitat, the best asset of this cruise has to be Cherating River itself. Growing up in a city, I don’t really have a strong connection with nature and it is usually through these expeditions that I get to experience and see with my own eyes the beauty of Mother Earth. While Cherating River is not really that impressive when compared to the Kinabatangan River which I recently went for a river cruise not too long ago, it was nevertheless a good exposure 2especially so for beginners.

The cruise itself is about an hour and a half long and costs RM25 for adults and RM15 for children.

It was indeed a good deal as it includes a capable nature guide with it. If you happen to be in
Cherating and want something different for your vacation, do consider a river cruise with Hafiz’s
Cherating Activities.