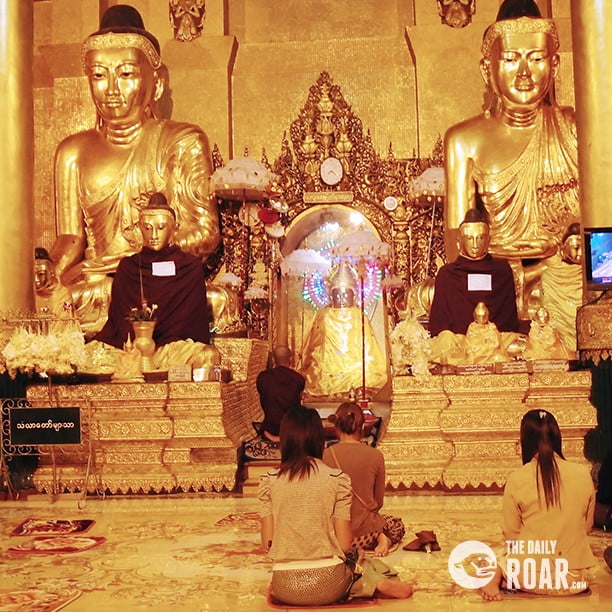 Yangon, the former official capital of Myanmar (Burma), is one of the country’s largest cities and its most important economic hub. Formerly called Rangoon, this place was a 19th century British colonial capital—one would see it in the old structures and skyscrapers—and continues to open itself up to the world after decades of military rule.

With an apparent mix of the old and the new—the old baroque colonial buildings and hip café and restaurants, for instance—this place has a plenty of sights and activities to offer to tourists. Here are the 5 things to get you started.

Standing on top of the Singuttara Hill, history records say that this Buddhist temple, one of the most famous landmarks in the city, has been around since around 6th century A.D. and was built during the time of Buddha.

In store are temples, stupas, and grand statues that span thousands of years. It’s great place to people watch, too. This is where locals meditate, pray, and pay their respect every day. Best time to visit is Sunrise or sunset (try visiting an hour before sunset to avoid the crowds).

Before you go: Open from 5am to 10pm. Tourists will have to pay US$8 (8,000 kyat) at the tourist center, and each ticket will only be available for one day only. It’s best to cover up—it is advised to keep your legs covered (no short skirts for either men or women). You will also be asked to remove footwear before you enter the complex, so it’s best to carry a bag where you can put them while you explore.

This is a 2000-year-old golden temple that has been rebuilt a number of times over the past centuries. It is believed that this 46m octagonal-shaped stupa was built to be the home of one strand of Buddha’s hair. Today, it serves as a traffic island in the middle of a busy intersection in the city.

Before you go: Open from 5am to 10pm. Tourists will be asked to pay a $3 (4,000 kyat) admission fee. Like the Shwedagon, you will also be asked to take off your shoes here, so make sure you’ll have a bag to put them in.

Also known as Scott Market, this place is where you can go shopping for Burmese handicrafts, clothing, fabrics, accessories, handicraft (most famous of which is Burmese lacquerware) art, and so on. Because it has become a famous tourist destination, some sellers take advantage and overprice their goods, so it’s best to stay a while and compare prices and haggle.

Before you go: The market is open from 9am to 5pm, Tuesdays to Sundays.

Being the largest lake in Yangon, this place is where many locals hang out. It is also quite famous in popular culture, being a place where many students (most of which from the nearby university) date. A bit of trivia: this is actually an artificial lake created by the British in the 1880s to provide water to the city. Today, it is also one of the city’s most exclusive neighborhoods, including the homes of democracy leader Aung San Suu Kyi and the U.S. ambassador.

Before you go: If you’re willing to splurge in accommodation, the colonial-style Inya Lake Hotel would be one of the best places to stay to get a great view.

Myanmar has had a turbulent history, and learning about what this country has gone through should be part of any itinerary. General Aung San, is the founder of Modern Myanmar (Burma), and this museum was his home before he was assassinated in 1947. This is also the place where his daughter, Nobel laureate Aung San Suu Kyi, grew up.

In this colonial-era home-turned-museum, which is listed on the Yangon City Heritage List, is where you can catch a glimpse of the late General’s life, with photos, personal possessions, and other mementos.