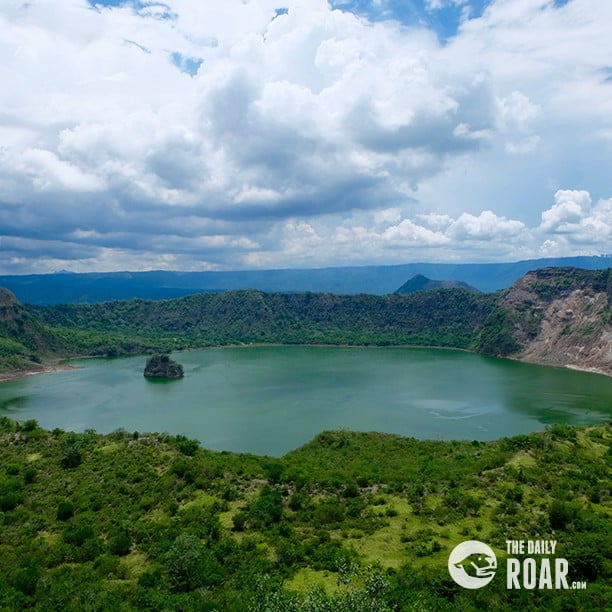 A volcano you won’t see every day

Seeing the volcano from a distance is not difficult, just hop on a bus from Manila to Tagaytay City in Cavite and you’ll be there in 2 hours more or less. But that’s boring, you see it from afar while sitting on a ridge of the lake. That’s why together with some friends, we decided to trek to the volcano’s caldera itself. We left Manila before sunrise at 5 a.m. in the morning and after an hour and half arrived at our destination, the town of Mataas na Kahoy in the province of Batangas. We took a 30-minute boat ride from the town to the island and started our 2-hour hike to the crater. Sounds easy but the first half of the trail is dry and not covered by trees so it can be exhausting given the scorching heat. There is an option to hire a horse for 800 pesos or 16 dollars to bring you to the crater but aside from being pricey, the horses at the island are not very tall and it looks cruel to ride them. Also bring water, as this is an island and bottled can be expensive. 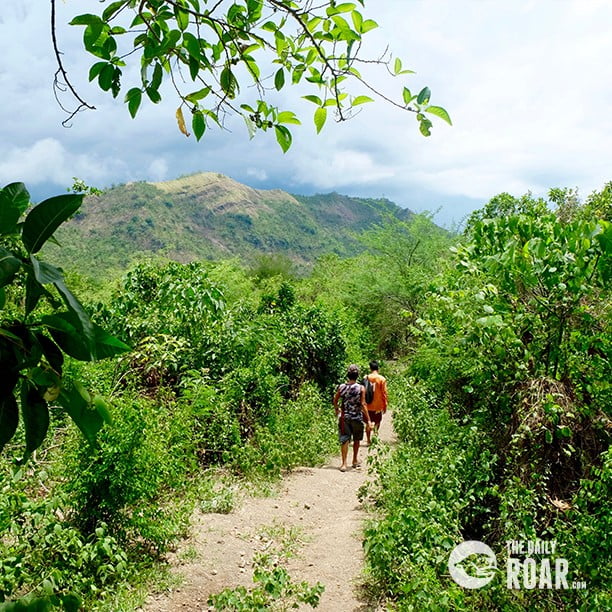 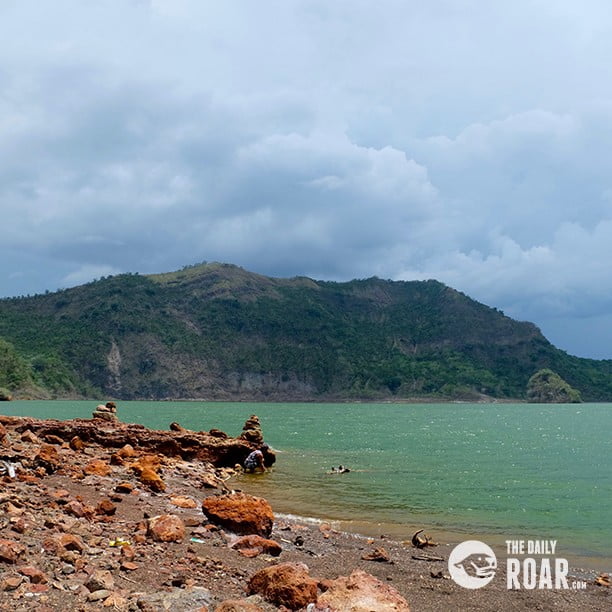 There are actually 3 trails you can take to reach the volcano’s crater. The Kennedy trail, which is the most popular and also most common, by taking a boat from the town of Talisay in Batangas, or the San Nicholas Trail, where you’ll originate from the town of the same name. These two trails, however, will just bring you the crater ridge and not to the waters of the crater itself. Our group wanted to see some crater action (I’m talking about boiling water and sulfur vents) and decided to take the “secret” trail. 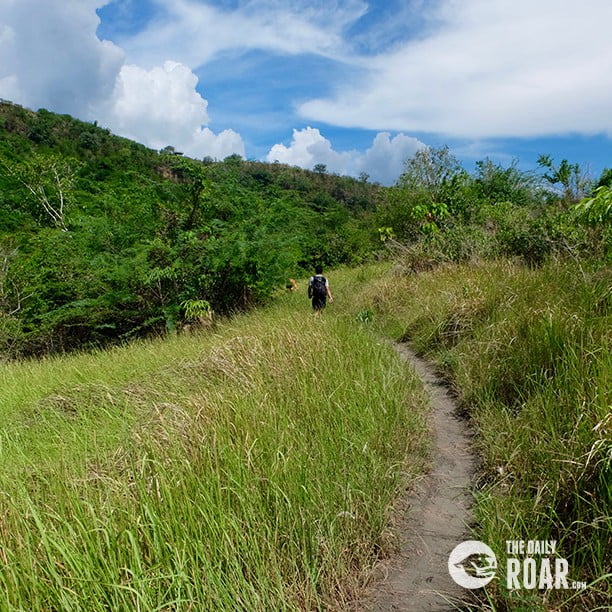 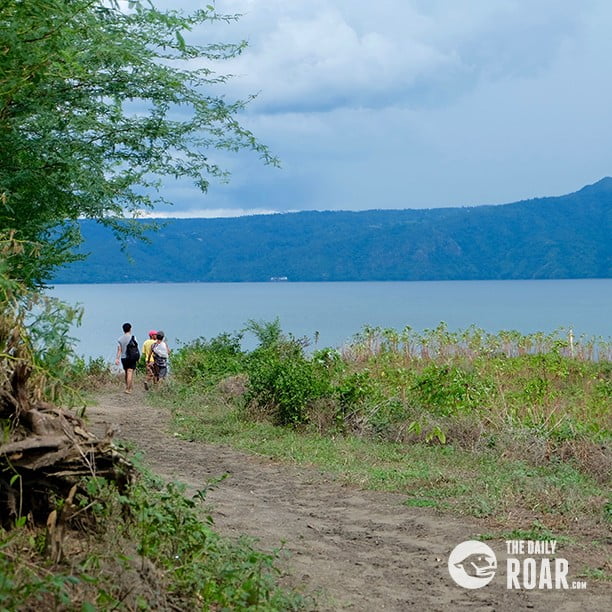 The trek was scorching hot but the moment you reached the crater and swim in its warm therapeutic water, all your exhaustion (and skin diseases) will go away. The water is warm, and the volcanic mud contains minerals which is good for the skin. We saw some locals bring with them liters of mud and water from the crater since it cures common skin diseases they said, and of course we did the same. The bonus is that the tour group which brought us to the trip brought some fresh eggs that we boiled at some parts of the crater with sulfur vents and boiling water. And yes we ate the boiled eggs, and it was totally a unique experience. I mean who boils eggs in a volcano, right? 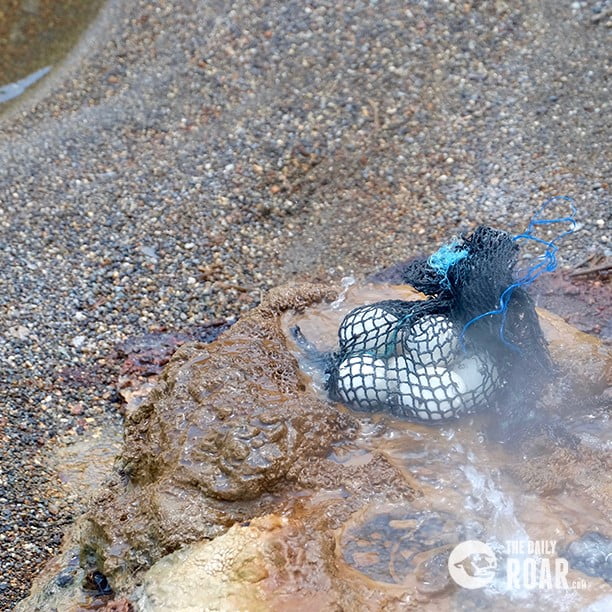 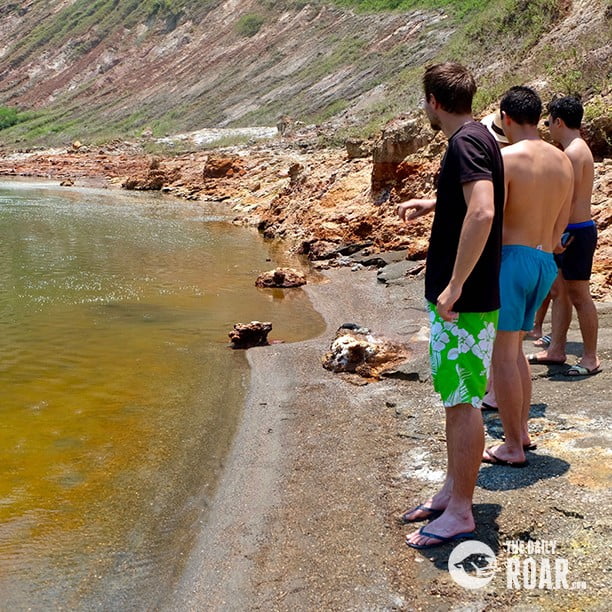 Depending on the volcanic activity, the “secret” trail is sometimes closed to public. There also months in the year and certain times in the day where it is not advisable to ride a boat inside the lake. Lastly, you cannot wander around the crater all by yourself because some parts have too much sulfuric vents, and just go where the local guide says it’s okay. If you want to do the same, without the hassle of checking with the local government for permits and organizing a boat and all, just contact the daytripseries travel group (facebook.com/daytripseriesph/), so they can arrange for you. We had a sumptuous lunch of “lomi” (a traditional sticky thick noodle soup from the province of Batangas), as well as some grilled “tawilis” (fresh water sardines), a kind of fish which is endemic to the Taal lake, to reward ourselves after the trek. 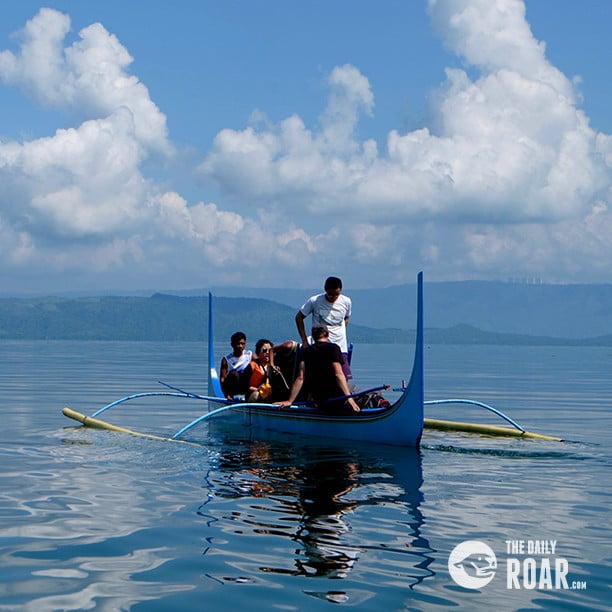 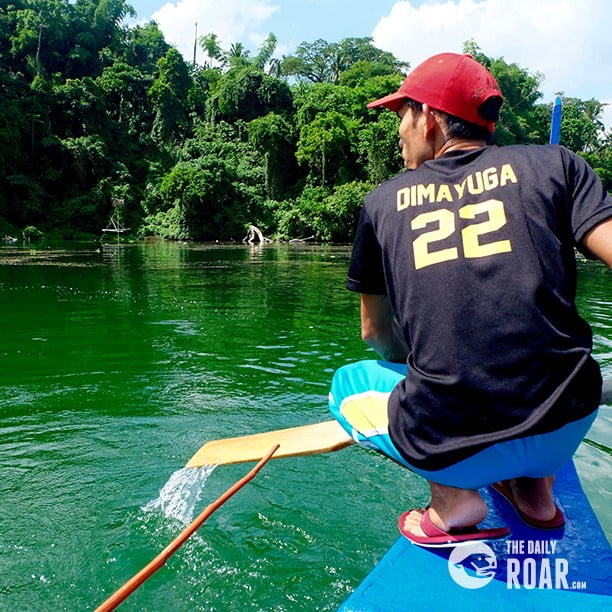 For someone who has seen the Taal Volcano a hundred times, it was a terrific experience to finally not just see but swim on its crater. It’s definitely one for the books. After all, Taal volcano is the smallest volcano in the world, inside a lake, inside an island.