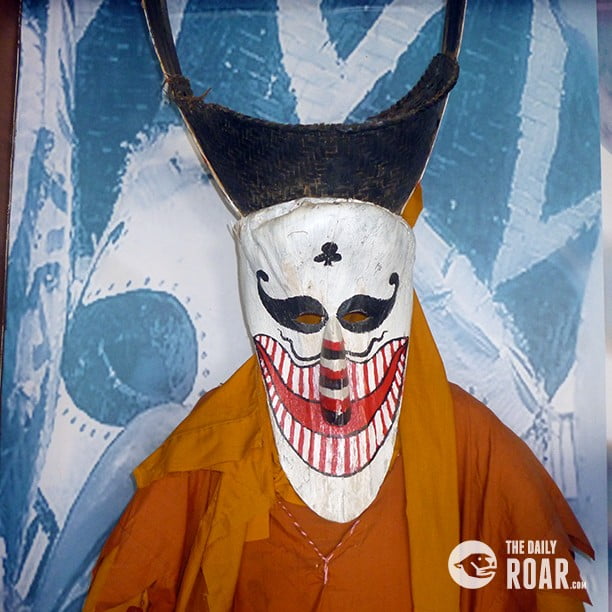 Located in one of Thailand’s most sparsely-inhabited and lesser-visited province, the Phi Ta Khon Museum really could be called one of the nation’s most unique attractions. It is also sometimes referred to as the Dan Sai Folk Museum. Whilst the museum is fairly small, and you will only need an hour or two to see everything that there is to see, it is definitely one worth visiting if you are in the general area.

You’ll find the Phi Ta Khon Museum within the temple complex of Wat Pho Chai, in Loei’s district of Dan Sai. The province of Loei is in the lower part of Northern Thailand.

The museum is home to a strange collection of large masks and other-worldly outfits that are used in the area’s Boon Phi Ta Khon Festival. Held every year, the dates vary from year to year, being set by local astrologers and sages. It is typically sometime between March and July, and lasts for three days. If you happen to be around for the festival, though, you really are in for a treat! 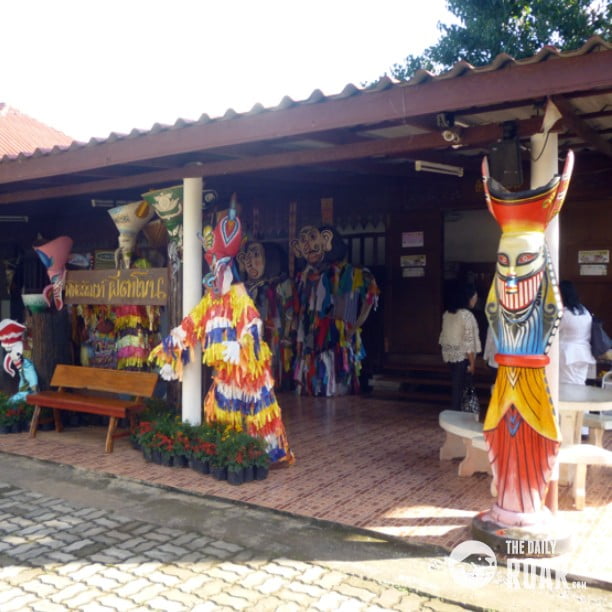 The Boon Phi Ta Khon Festival is also known as the Ghost Festival, and it is an event for which Loei is famous across Thailand. Oddly enough though, it doesn’t seem to attract a great many foreign visitors, which is a pity!

The exact origins of the Phi Ta Khon Festival aren’t clear, with several tales abounding as to how and why the festival began. Some people believe that a prince, previously presumed to be dead, returned and the resulting cacophony of joy was loud enough to rouse the ghosts and wake the dead! Others say that it is to honour and appease the spirits of the dead. The event is part of a wider celebration, Bun Phawet / Bun Luang, which is a Buddhist celebration to make merit.

During the festival, locals dress up in outlandish costumes made from patchwork, said to look like ghosts, and don huge scary masks. They parade through the town, their bells jingling, and there are various other lively events, such as games, competitions, and there is, of course, an abundance of tasty street food to enjoy. Look out for people waving large wooden phallic-like carvings – these are thought to be symbols of good luck.

The Phi Ta Khon Museum is a good place to learn more about the unusual festival, see costumes used during the rituals, and look at photographs from previous events. Try on some of the large masks and say boo! Unlike many of Thailand’s smaller museums, information is given in both Thai and English.

Admission to the museum is free, although donations are gratefully received. You’ll notice several collection boxes in various parts of the museum!

Before you leave the complex, have a look in the temple building and admire a replica of the revered white pagoda known as Phrathat Si Song Rak. If you have time, you can also visit the original pagoda, which is located not too far away, and also within the Dan Sai District.