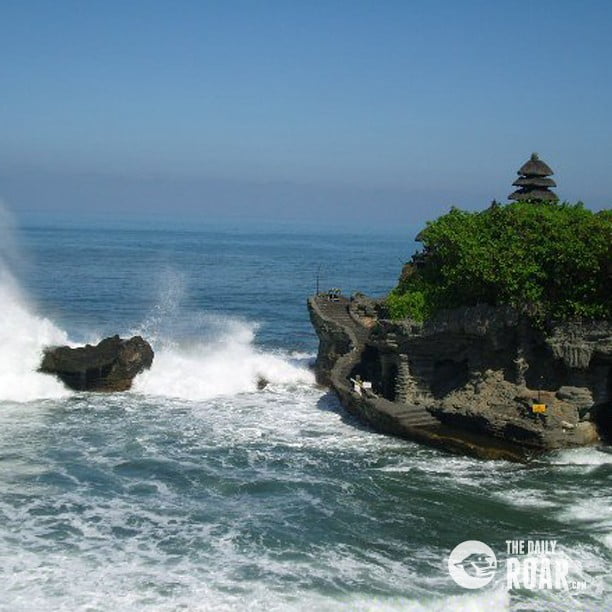 Among so many temples in Bali, Tanah Lot Eternal Temple is the most popular temple which most tourists choose to visit. This temple located at coral ‘island’ at Beraban village. According to legend, this temple also has another name: Pakendungan village and was built in 16th century, initiated by Hindu priest whose name Danghyang Nirartha. He came from Blambangan, Lombok.

Balinese people believe that Nirartha came to Pakendungan village because he saw a holy light shining from the southeast. After following this light, he found himself walking to a holy spring near a bird-shaped rock which recognized by local residences as gili beo. At this place, Nirartha along with his disciples finally decided to have meditation and adoration to god while teaching Hindu to local residences.

However, headman of Beraban village did not like Nirartha at all. After gathering his people, he wanted to repel Nirartha from the village. Luckily, the priest knew about this plan and soon moved the rock where he and his disciples meditated to the center of the ocean. Then, he summoned a poisonous snake using his shawl as guardian. Later, people call this rock as Tanah Lot which means land at the center of the ocean.

Looking at the priest’s mighty power, the headman finally decided to become his disciples. Because of his strong determination, Nirartha presented him a holy kris named Jaramera. Until today, this holy object stored inside Kediri Temple.

It is also believed that on this rock, the priest built Pakendungan Temple which we commonly know as Tanah Lot Eternal Temple, while the snake summoned by the priest is still exist inside the temple.
Balinese believe that Tanah Lot temple is one of Sad Kahyangan temple which is a series of guardian temple of Bali. Other temples are Besakih, Ulu Watu, and Pusering Jagat.

Balinese people usually go to Tanah Lot temple to worship sea protector gods. When you want to visit this temple, you better go when the sea recedes because you will be able to explore the beauty of this temple, especially if you come at noon, because you will see a very beautiful sunset from this great temple.

Another important thing for us to remember is everyone, except priest and Hindu faithful, are not allowed to enter the temple. This is because the temple is a very sacred place for Hindu faithful. However, you should not be disappointed because even though you can’t enter the temple, you still can see the holy snake and enjoy the holy spring which always amaze people who come to the temple because the spring came out from salty ocean water. Balinese believe that only by using this water to clean themselves, their prayer will be granted. After enjoying the spring, you can move to see the holy snake. Even though it is a poisonous one, but don’t worry since it never harm people. You can even touch it and, if you want, pray while touching it.