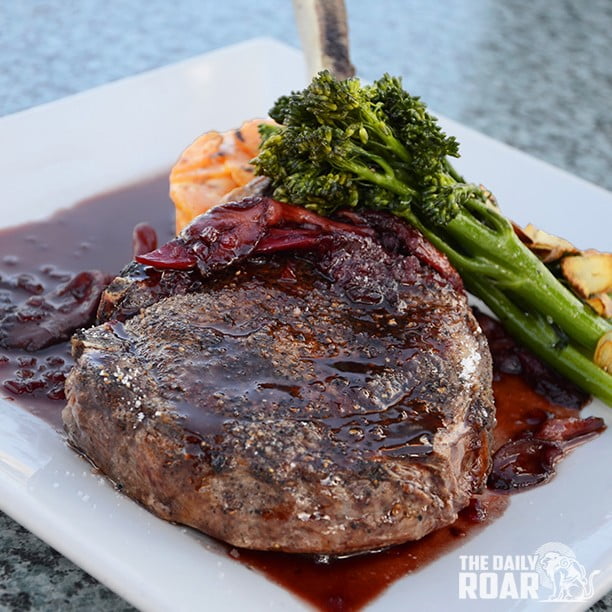 A recent find in South Africa’s Wonderwerk Cave shows that the discovery of fire can be traced to one million years ago. In this cave, an international team of archeologists also found charred animal bones and ashed remains that reveal the first traces of humans using fire to cook. The discovery of fire transformed the trajectory of human evolution – and it created the concept of cooking! Chefs are now going back to primitive times and coming up with innovative and unique ways to incorporate fire into their modern restaurants. Check out these restaurants that are redefining the industry with a little sizzle.
El Diablo in Teguise, Spain
There are many different methods to heating up meals, including stoves, grills, and brick ovens. However, the El Diablo restaurant on the island of Lanzarote is taking fire to a whole new level. This restaurant is built on top of a dormant volcano and uses its geothermal heat to prepare dishes. The cooks here heat up their traditional Canarian meals with bubbly lava that reaches temperatures of 450-500 degrees Celsius. It not only tastes delicious, but this unique method of cooking saves on the gas bill by using a truly natural heat source.
Misono in Locations Throughout Japan
Teppanyaki means grilled on an iron surface and that’s exactly how this traditional Japanese cuisine is made. Teppanyaki cooked cuisine embraces Japanese culture and places the chefs right in front of you. Therefore, you watch as the fires blaze inches from your face and your cook creates a delicious masterpiece. Although teppanyaki is now used around the world, its origins can be traced back to Misono in 1945. Their main store in Kobe developed the cooking technique to enhance the flavor of their Japanese black cattle meat. Now Misono has five branches in Kobe, Osaka, Kyoto, and Tokyo and you can visit any of these restaurants to enjoy an original meal from the inventors of teppanyaki.
Hand Cut Burgers and Chophouse in Scottsdale, Arizona
When you think about using fire to cook, the first meal that comes to mind is steak. Hand Cut Burgers and Chophouse is one of the latest restaurant concepts from Riot Hospital Group. Here, the restaurant transforms into a hot chophouse at night and serves steaks. However, the innovation at this restaurant doesn’t necessarily come from the use of fire but rather what goes on it. The meat here comes from grass-fed cows, compared to grain-fed ones, which provides an innovatively healthy way to eat protein. In terms of nutritional value, grass-fed cows yield a third less fat, fewer calories, and 2 times more omega-3 fatty acids than those that are grain-fed. According to Ryan Hibbert, the CEO of Riot Hospitality Group all of the meat comes from a farm and is “non-processed, non-hormone, clean read meat that tastes amazing”.
Fire revolutionized the field of cooking. However, chefs aren’t done with bending fire to their will. These restaurants are at the spear tip of innovation, taking the sizzle of the grill to a whole new level.