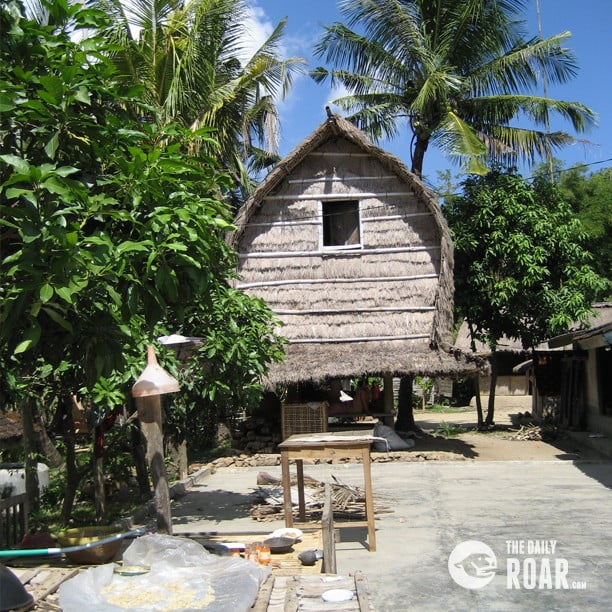 Sasak tribe community is the most famous and largest tribe in West Nusa Tenggara. Survey population explained that the Sasak tribes who lived in Lombok had approximately 4 million inhabitants.
Traditions, customs, worship and ordinances related things in life, house building and the Sasak tribe very specific everyday life. Their main livelihood is farming and farming, while women traditionally weave their home. Weaving results with a variety of attractive colors and patterned in great demand by many local and foreign tourists.

The local people of Lombok, known as “Sasak”, are believed to be descendents of a Malay race inhabiting Lombok for at least 2,000 years. The original pioneers probably travelled from the Malaysian peninsula and settled on the coastal areas of Lombok as long as 4,000 years ago.
During the past six hundred years, the island of Lombok was a feudal state, with many small ruling kingdoms; some of which followed animistic beliefs, while others combined animism with Hinduism or Buddhism. At one stage the main religion on Lombok was Buddhism. Over the centuries, Java influenced Lombok to varying degrees and ruled over Lombok in the 14th century, incorporating it into the Majapahit Empire.

The Javanese introduced both Hinduism and Islam to Lombok, but their religious and political influence waned by the 17th century. Islam gradually spread through eastern and central Lombok, while Balinese, and Hindu, influence began dominating western Lombok.

The Balinese entered Lombok from Karangasem during the 17th century, ruling the island for 150 years. Balinese influence always centred in the west, where today Balinese still constitute more than 10 percent of the population. They cleared forests and engineered irrigation systems and terraces, creating extensive wet-rice agriculture under the Balinese system of subak
As for the uniqueness of the Sasak tribe is building on each floor houses come from a mixture of soil with cow dung. They do not use raw materials for cement floor of his house because according to tradition they can buffalo dung flies.

Cidomo is the name of the traditional public transportation in Lombok and Sumbawa Island. Cidomo controlled by a driver and pulled by a horse that is equipped with various accessories, including: mask or goggles horses, rope tail, chest strap, whip, and strings. Until now the traditional tools by local governments has been used as an object and appeal to tourists is to hold a traditional Cidomo race.

Little is known about Sasak history except that Lombok was placed under direct rule of the Majapahit prime Minister, patih Gajah Mada. The Sasaks converted to Islam between the late 16th century to early 17th century under the influence of Sunan Giri and the Muslim Makassarese, frequently mixing basic Islamic beliefs alongside with Hindu-Buddhist beliefs, thus creating the Wektu Telu religion. Lombok was conquered by the Gelgel Balinese kingdom in the early 18th century, thus bringing a large population of Balinese to Lombok. The Balinese population of Lombok today is about 500,000.- inhabitans. The Balinese have also strongly influenced the Wektu Telu religion of Northern Part of Lombok.