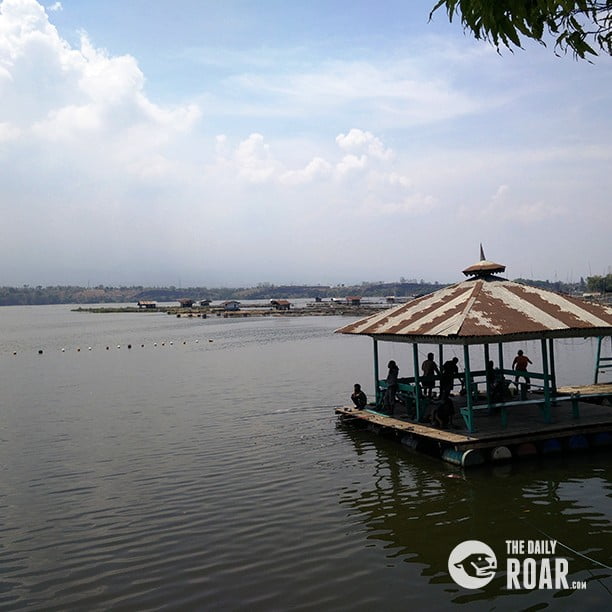 Ranu Grati is a vulcanic lake with an area of almost 200 hectare. This lake is so big, it resides in three villages: Grati Tunon, Ranu Klindungan, and Sumber Dawesari. Ranu Grati has calm water which is perfect for tourism. Most visitors come to Ranu Grati to enjoy the scenery and soft breeze while having a snack or lunch in food stands nearby. Others prefer to rent a water bike to play around in the lake. Or you can simply pay for a boat to take you around the lake.

Ranu Grati is also very rich with freshwater fish like carp, tilapia, and catfish. A lot of visitors come on weekend and bring their fishing rod with them. Some try their luck to bring home some dinner, while others just want to spend some free time and enjoy the calm water of the lake. In Ranu Grati, freshwater anchovies –locals call it lempuk– are cultivated and processed into local products that you can easily find in food stall nearby.

There is an urban legend around Ranu Grati. Locals say that Ranu Grati is inhabited by a half human-half snake spirit call Baru Klinthing, and there is tank that was drowned by Baru Klinthing. Some say it is Dutch, other say it is Japanese. While actually it is an Indonesian navy amphibious tank.

On 17 October 1979, five navy’s amphibious tanks conduct a routine exercise. When the exercise was underway, one of amphibious tank engines suddenly died. Supposedly the engine was still able to float for a few hours. A search for the amphibious tank along with its crew immediately was performed but the tank and its crew disappeared without a trace until today. To commemorate this event, navy build a memorial in the east lake, bearing the name of 22 amphibious tank crews members whose bodies where never found. Since the tank was never found, no one can conduct an autopsy and find out the reason of why the engine suddenly died. Locals prefer to use the Baru Klinthing urban legend to explain this event.

Once a year, there is a special event that is held in Ranu Grati. Larung Sesaji is a Javanese tradition that is held every Javanese New Year. The event starts with a two kilometres cultural parade that will end in Ranu Grati. It continues to the dragon boat that sails into the middle of the lake. Right in the middle, the caretaker of the lake will present a ritual and it will end with floating some offerings to the spirit of the lake, in this case Baru Klinthing. The offering includes a local cuisine call nasi tumpeng kuning (yellow rice cone) along with chickens and ducks.

Right now, no one really believes that Baru Klinthing exists. The whole ritual is just an attempt to preserve local culture.