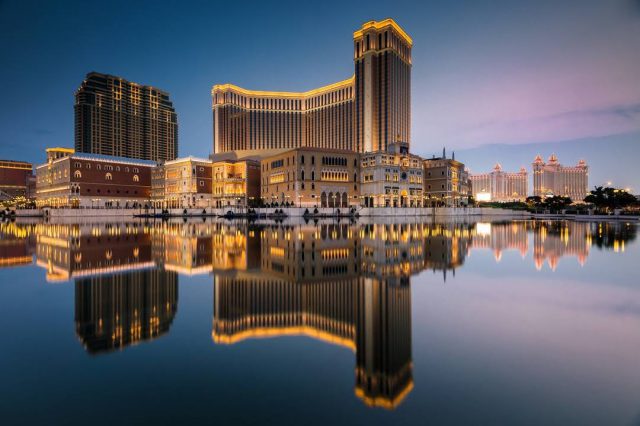 Macau is the casino giant in the gambling industry and the entire scenario simply overshadows Las Vegas. All thanks to the Chinese gamblers who are numbered in millions. But for how long the luck last is for the audience to see. The casinos in Macau are ever inviting, energetic and present with you in true spirit. Every year millions of people, rich and poor visit Hong Kong to try their luck, while the rich come in helicopters the poor have the railway and their cramped coaches. It is also known as the Monte Carlo of Asia and even the Las Vegas of the East. There are many gambling websites which operate from this zone.

However, this small zone that people barely knew in Asia has risen to be a giant in the casino industry. For many centuries, Macau was ruled by the Portuguese and it was their colony. But it was given to China in 1999 as a Special Administrative Region and enjoys a 1 country 2 system formula. Gradually gambling became popular here and the place emerged as the winner in the casino industry. It has very gracefully embraced the glitz and glamour of

Gambling and also the huge revenue that comes. In today’s date, Macau gambling scenario is 4 times bigger than that of Las Vegas.

As per reports, last year the gaming revenue in Macau hit a record of £14.7bn. This was from 33 of its casinos and in the month of April, Macau gambling industry saw a surge of £1.56bn. This was a monthly record in itself which was beyond the total annual taking for 2001. This could even hit £27.5bn by 2014, as estimated by PricewaterhouseCoopers, an accountancy firm. Although some areas have recently been seeing a downfall in the gambling industry here the government has decided to intervene. Many regulators of Hong Kong and the USA has started investigating the operators involved.

They also feel that the very long streak of good luck that Macau gambling industry was enjoying has finally run out. Macau’s casino industry became an overnight hit and continued for more than a century and a half. This started when the Portuguese administrators, in the 1840s, we’re looking for new sources of incomes from foreign businesses. Many foreign traders and merchants had disappeared from the development scenario of Hong

Kong. The Portuguese had taken up all the border level jobs selling labourers to plantations and mines in Latin America.

Macau, also known as the Monte Carlo of Asia, heavily depended on the gambling industry for its economy. In the current day’s scenario, the gambling industry produces more than 40 percent of Macau’s GDP. Even in the early 1960s, Macau’s official earnings that were completely driven by gambling were 50 percent which remained stable till 1900s. Surprisingly the government revenue that was generated by levying direct taxes on gambling was a whopping 44.5 percent in 1998. Meanwhile, in 1999, this revenue went down by a

9.1 percent because of internet gaming options. Eventually, when Portugal handed over Macau to China, SAR went ahead to give a gambling license to many companies.

At present, as per official reports and statistics, Macau’s government revenue is almost 70 percent of the gambling taxes. Despite the revenue, it cannot be ignored that the gambling industry offers instability to Macau’s economy. This is because in today’s world, even the casino industry has seen its birth in the digital market. With the advancement in the world of technology, the gambling business is vulnerable to this growth. The prosperity of all the other Asian economies is necessary to the gambling industry, especially China. That said, monthly casino profits have declined all over Macau due to Xi Jinping’s commitment to obliterating corruption.

Even though Macau’s gambling industry has seen a tough time in recent times it has bounced back. In 2014 the casinos in Macau were at their pinnacle as the revenue was over US$45 billion. This cemented Macau’s position as the casino capital of the world. The six major casinos of Macau – Galaxy Entertainment Group, Sands China, SJM Holdings, Melco Crown Entertainment, Wynn Macau, and MGM China Holdings have developed over the years. They have extended their business in the past years and many have opened new properties that are bigger.

This entire happening is in the Cotai Strip where 3 casino operators have opened their casinos here. Macau is the only city in China where gambling has been legalized and has almost 40 casinos. Some of the loved casinos are the Wynn Palace, Parisian Macau, the Venetian, MGM Macau, Grand Lisboa. These casinos have almost the same rules and regulations along with the choices of games available. With the wide array of games available, Baccarat remains the classic favorite amongst gaming enthusiasts. Slot machines are next in line when it comes to favorite casino games in Macau, followed by Black Jack and Roulette.

With this, Macau has also seen a growth in the employment sector with 15 percent of labor force involved in the gambling industry. In addition to this, a £30,500 boost in the per capita GDP has also been noticed last year. This was recorded to be amongst the highest rates in the whole world. However, 50 percent of the workers could earn less than £8,280. This is giving rise to inequality where a higher cost of living and properties are exceeding the incomes of poor people. The government and the ghee class of people are enjoying the revenues that they get at a tax rate of 39 percent.

Casino owners are taking into consideration the fact that there need to be many new changes and developing the same. These developments include making the ambiance fit for family entertainment as well. Big names of the entertainment industry are hired for concerts and shows to make the atmosphere very family-oriented. 50 years ago, Las Vegas was a steadfast gambling city which has now been taken over by Macau with the facilities they are given. The love of gambling amongst the Chinese is something they are proud of, hence the entire set-up of the best casinos in the world. 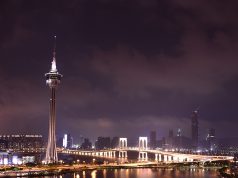