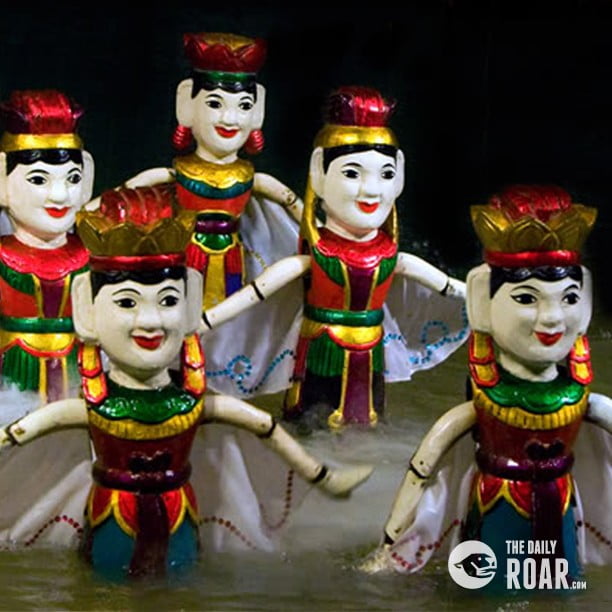 Anyone who is keen on exploring Vietnamese traditional arts cannot miss the chance to see Water Puppet when he visits Vietnam. Regarded as one of the most prominent cultural activities and national intangible heritage, Water Puppet plays not only a historical/culture representing role but also an enjoyable form of entertainment.
Water Puppet has origin going back to early 10th century when Vietnam, with the old name as Dai Viet which means “The great land of Viet people”, reached to peak of political, economic and social development. Around this time, Hanoi (Old name is Thang Long) was found as the capital city and the country declared independence from the influence of the Chinese Empire, starting the most glorious period of Vietnam history. Resulting from this flourishing era, many forms of art were created reflecting the richness of local cultural life, including Water Puppet.

Most of traditional Vietnamese arts don’t have a particular creator. They were invented among people, and by people they were developed and maintained. There is no record on who created it and how Water Puppet was created. It is just said that Water Puppet was a product of villagers in Northern Vietnam, who wanted to bring their lives on the water stage to entertain each other as a contribution to festive events. Indeed, what a puppet show usually reflects is farming activities such as cultivating, watering, harvesting or daily activities such as fishing, coconut picking, wresting, dancing, etc. 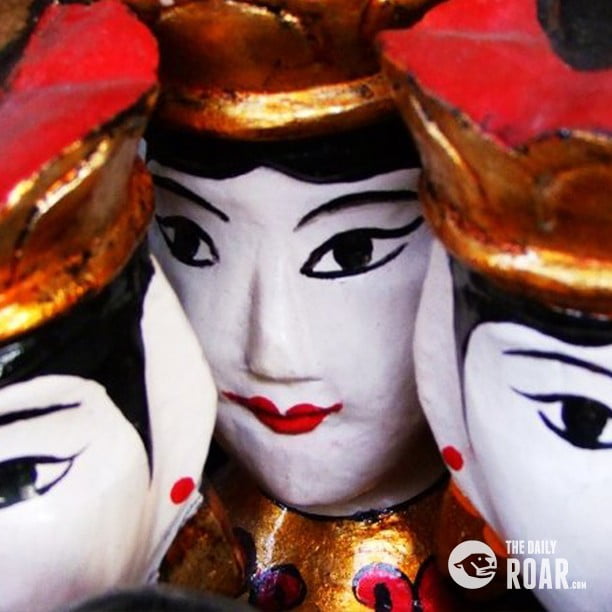 What makes Water Puppet unique from that of different cultures in the world lies not only in the local cultural values that it represents but also in the way it is performed. Only in Vietnam, the stage used in puppet show is the water surface. The puppets are made from light-weighted wooden materials, such as from fig tree, so that they can float in water. Controllers stand behind a bamboo curtain and control the puppets through a system of strings and rays which are inserted into a stick staying beneath. Audiences will not see any controller, sticks or strings but lively and beautiful puppets moving and acting on water before them and making them laugh. Beside puppet making and controlling technique, this art also combines some other traditional musical performance and singing. There is always a team sitting next to the stage and dub voice for each of characters and make them alive. These supporting arts help Water Puppet more completed and rich of entertainment.

These days, when come to Hanoi, visitors can choose one of three popular addresses to see Water Puppet: Thang Long Puppet Theater, National Puppet Theater or at the Museum of Ethnology. Each show lasts for 30 minute with about 4-5 short performances. Ticket ranges from $3-$5/person. If anyone has chance to go to Northern countryside in New Year festivals, Water Puppet will be showed in many villages. Upon the ancient ponds, the puppets, shaking themselves from the dust of time, will again sing and dance as they did thousand years ago nurturing the soul of Viet people. You will see many wide opened eyes and shining smiles one more time appear on the face of Vietnamese villagers. Elders and children will be no different. They will all enjoy the show. That is how Water Puppet has lived through ten centuries. That is why Vietnamese need to protect it as national heritage so that the next generations and visitors will still have chance to see a piece of Vietnam’s soul appear on the surface of water someday long after today. 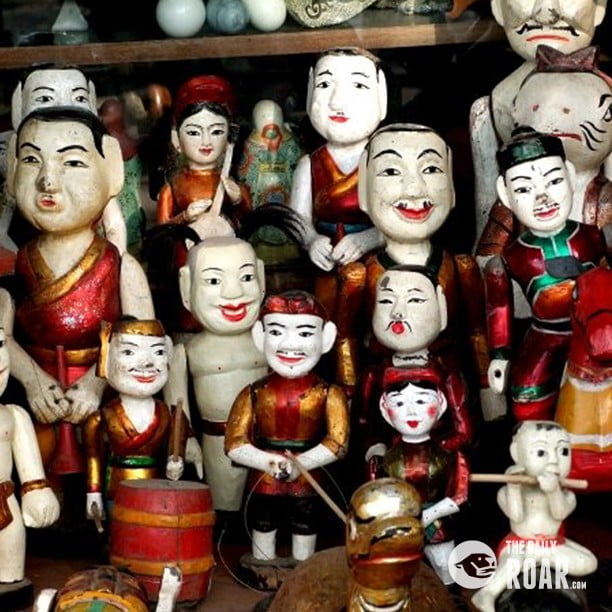