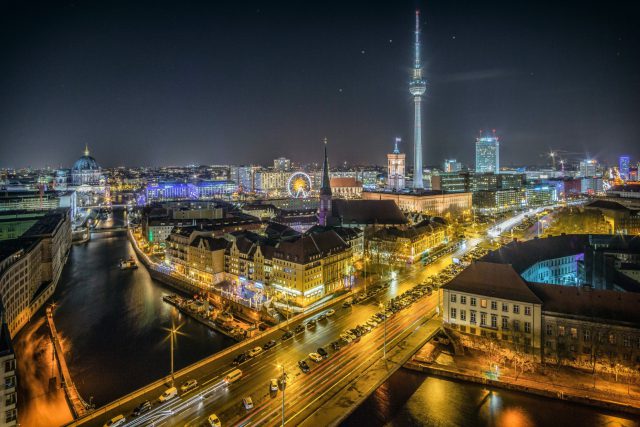 You might not expect it but Berlin, the capital of Germany, is one of Europe´s greenest cities despite 3.7 million inhabitants. In addition, this interesting city is of course known for the Berlin Wall, which split the city in two for many years. Berlin has many attractions and is like a large open-air museum. Every street corner exudes history. Compared to other European capitals, Berlin is relatively inexpensive. It is therefore is an absolute must-visit. But what to do in Berlin on Sunday? And are the shops open? We give you all the information in this article.

Are shops in Berlin open on Sundays?

No, regular chain stores are closed on Sundays in Berlin. However, Berlin has so much to offer, even on Sundays, that this will not be perceived as a shortcoming. Catering establishments in Berlin do open on Sundays. Berlin has plenty to offer in terms of culture and history. Enjoy all that Berlin has to offer. What the highlights of Berlin are and what to do in Berlin, among other things, you can read below.

Which sightseeing spots are open on Sundays in Berlin?

Even though the stores are not often open in Berlin, you can experience a lot in Berlin. We have made a list for you with great sights to visit on Sundays in Berlin. 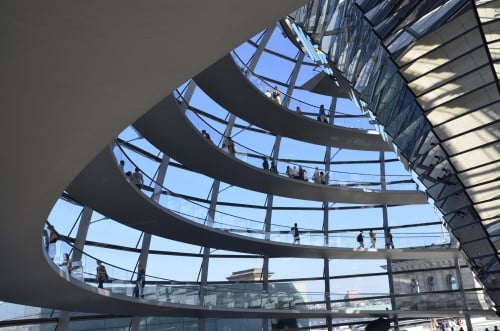 The Reichstag is probably the most unique building in Berlin. It was spared during the world wars. A beautiful building with a special glass dome. From the roof you have a wonderful view over part of Berlin. Open daily, including Sundays, from 08:00 to 24:00. Tip, book a ticket in advance.

Along the former Berlin Wall runs a route, the Berliner Mauerweg, with a length of no less than 145 kilometers. You can (partially) bike or walk along it, noticing how different Berlin can look depending on the district or neighborhood you are in.

Are you in Berlin on a Sunday? Then definitely pay a visit to the Mauerpark. Besides the flea market you can visit there, a lot of up-and-coming talent (bands and artists) perform here. A small stone theater has been built on the slope, the Bearpit Karaoke. Grab your chance and sing your favorite song, often in front of a large audience. Great fun to do or watch. 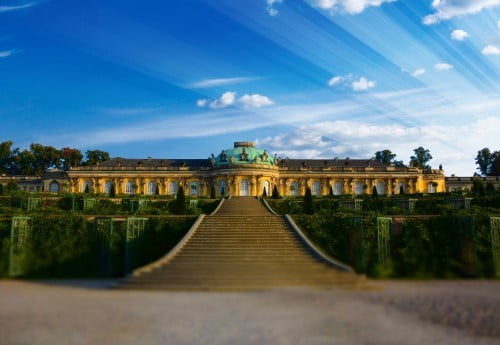 Visit Park Sanssouci in Berlin. This 29-acre park is beautiful to see all year round with its classical houses, magnificent palaces and the Chinese tea house. The highlight is definitely Schloss Sanssouci in rococo style, the German version of the French Versailles. The special gardens are beautifully laid out with different kinds of flowers and plants. Those staying longer in Berlin can spend a lovely (sunny) day here with a good book and a well-stocked picnic basket.

Berlin is home to two zoos, of which the Zoölogische Garten in Charlottenburg is one of the very oldest and most beautiful zoos in Germany.

On an area of more than 35 hectares, you can admire more than 20,000 animals. Marvel at thousands of fish, reptiles and amphibians in the gigantic aquarium. This zoo is open on Sundays from 09:00 to 18:30.

Almost everywhere in Berlin you will come across fantastic street art somewhere. Be sure to book one of the numerous tours around this theme. The places to be are Berlin Prenzlauer Berg: Mauerpark, Berlin Schöneberg: Bülowstraße, Berlin Mitte: Haus Schwarzenberg and Berlin Friedrichshain: Kino Intimes, RAW-Gelände.

You can also explore on your own. Tip: install the free App Street Art on your phone.

A tour of the Stasi Prison in Hohenschönhausen is not only impressive but also incredibly interesting. Former prisoners who were imprisoned here often lead you around themselves and share their often intense and chilling stories with you.

Buy a standard Tageskarte (not a one-way ticket) and take the S-Bahn for a spin around town. Despite the fact that this beautiful city has changed quite a bit over the years, the difference between West and East Berlin is still clearly visible. Very interesting to see.

Take a black and white photo

Fun to do and with a nod to the old days are the many photo machines, which you will find especially in Friedrichshain and Prenzlauer Berg. For just two euros, you get four black-and-white photos. Now that is an original souvenir of your visit to this city. 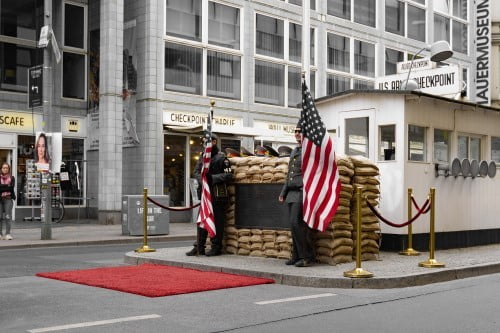 Checkpoint Charlie in Berlin is one of the most famous sights and not to be missed. Checkpoint Charlie was the third of nine checkpoints at a passageway in the Berlin Wall. The Berlin Wall was the border between East and West Berlin between 1961 and 1989. Strict controls were enforced here when someone traveled from the American part to the Russian part. The Berlin Wall fell in 1989. In 2000, a replica of the original guardhouse was erected in its place.

Even though Berlin stores are not open on Sundays, there are so many other fun and interesting things to experience and see, which may be evident from the above suggestions.