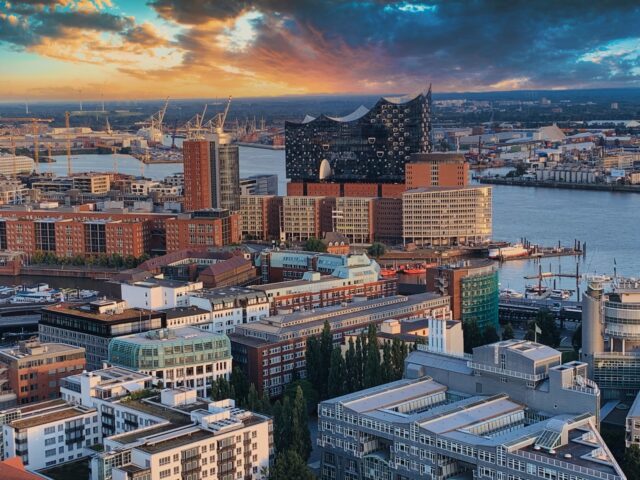 Hamburg is Germany’s second-largest city with a population of nearly 1.8 million. It is also Germany’s most important port because of the Elbe River, which connects Hamburg to the North Sea. This former Hanseatic city was largely destroyed in World War II. Hence, in addition to some historical monuments, you will find many modern structures here. Hamburg is a rich metropolis and has a lot to offer on a cultural and culinary level, even though stores in Hamburg are closed on Sundays. Be surprised and discover surprising Hamburg. With the following tips you will get everything out of your visit to Hamburg. What to do in Hamburg on Sunday? We will give you the best hotspots.

Are stores in Hamburg open on Sundays?

Ordinary stores or shopping centers in Hamburg, such as clothing stores, are not open on Sundays in Hamburg. However, Hamburg has so much to offer even on Sundays that this will not be perceived as a shortcoming. The many cozy catering establishments in Hamburg do open on Sundays. What the absolute highlights of Hamburg are and what you should not miss during a visit to Hamburg (on Sunday), read below.

What to do in Hamburg on Sunday

The port city of Hamburg has many beautiful sights to visit (also on Sundays). We have listed some of the most beautiful places for you. 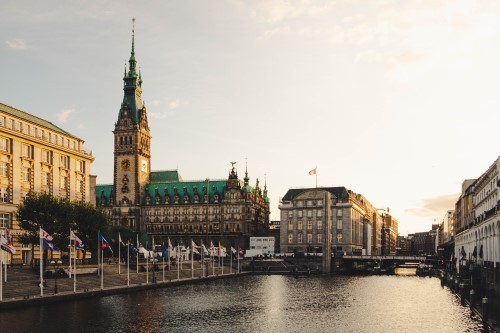 One of Hamburg’s few historic buildings is the City Hall. It survived air raids in World War II and is considered one of the most beautiful German government buildings. It was built in neo-Renaissance style. The richly decorated city hall has a striking green copper roof with a magnificent turret. In the courtyard is an impressive fountain, the Hygieia Fountain (commemorating the cholera epidemic of 1892).

Fun fact: when a document fell behind a closet in 1971, an extra room was accidentally discovered in the tower.

Hamburg’s most important church is St. Michael’s Church. After being rebuilt and renovated twice, the church miraculously survived the bombing during the war. The 132-meter spire is completely covered with copper. For a great view of Hamburg, you can climb the tower (not during church services). 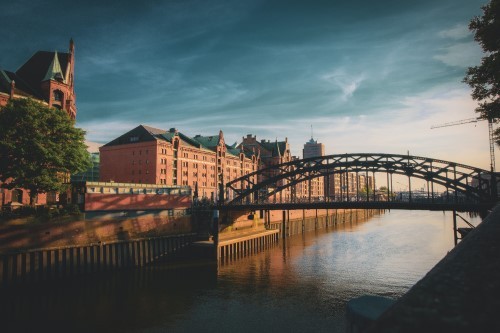 The Speicherstadt district should not be missed during a visit to Hamburg. It is the most famous district of Hamburg. Characteristic of Speicherstadt are the warehouses, which were built between 1883 and 1927 and are located on islands. If you walk across the bridges connecting these islets, you have very nice vistas. It is one of the hippest and most sought-after places to live. Although part of Speicherstadt was bombed but also partially rebuilt, it has since been declared a Unesco World Heritage Site.

Do you like photography? The best photos can be taken on the Poggenmühlen-Brücke.

Tip: If you do visit Speicherstadt, take a walk past the Chilehaus, an interesting building because of its architecture, where several stores and businesses are located. This building is also on the Unesco World Heritage List.

One of the most striking modern buildings in Hamburg is definitely Elbphilharmonie. This 26-story concert hall found in HafenCity is also called Elphi. It is surrounded on three sides by the water of the Elbe River. A glass structure was built on top of an old department store, reminiscent of a wave, iceberg or hoisted sail.

Several restaurants, a spa and a hotel are also located on the same floor. For your appetite, visit the Plaza Café, open daily from 12:00 to 8:00 pm. The concert hall has fantastic acoustics. Consult the program and buy a ticket for a concert (on Sundays) and experience it for yourself. 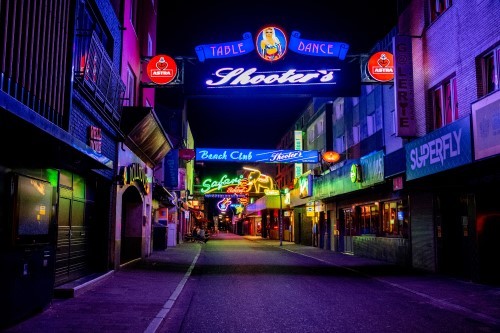 What the Red Light District is to Amsterdam, the “infamous” Reeperbahn is to Hamburg. The vibe in this red light district is similar. It is a real nightlife spot and a long, busy street full of life because of the karoake bars, restaurants (go into one of the side streets for this) and not to mention the sex clubs.

If you are staying in Hamburg during the weekend and get up early, don’t miss the St. Pauli Fischmarkt on Sunday. The best time to visit it is between 06:00 and 07:00 in the morning. At that time the Fischmarkt is the most fun and the company the motleyst: the Hamburgers, early and odd birds shopping, tourists and late revelers. Have breakfast, with or without a beer, of course, after the fish market is over. Don’t forget to admire the beautiful murals on Große Elbstraße.

Two hip neighborhoods are Karolinenviertel and Schanzenviertel. This is where you will meet all the hipsters. They are neighborhoods full of modern, hip coffee shops, nice restaurants and special street art. Take a walk through one of these neighborhoods and feast your eyes.

Those wondering what to do in Hamburg with young children should visit Miniatur Wunderland. Young visitors are definitely doing you a favor with a visit to the best-visited attraction. It is a kind of Madurodam, but Hamburg and model train inspired. Italy and Austria can also be admired here. Watch out for E.T. on his bicycle.