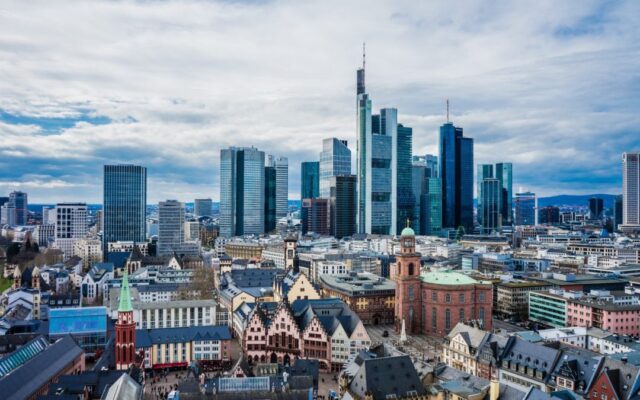 Frankfurt am Main is the fifth-largest city in Germany. It is located (the name alludes to it) on the Main River. Frankfurt has nearly 800,000 inhabitants and is a modern city with many contrasts. For example, walk among glass, concrete and steel skyscrapers, only to find yourself among traditional buildings the next moment. From vibrant nightlife to fascinating museums, Frankfurt has so much to offer you.

Are the stores in Frankfurt open on Sundays?

Frankfurt on Sunday: What to do? 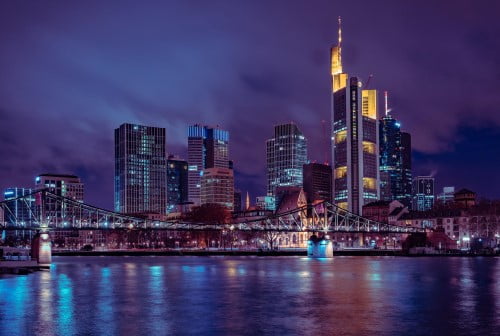 The first time a giant skyscraper was built in Europe was in 1999. Then the then tallest skyscraper of no less than 200 meters high was built in Frankfurt. This Main Tower was given a glass front. The built-in elevator takes you up to 190 meters in less than a minute at a speed of 20 kilometers per hour. The last 10 meters must be covered on foot. Once you arrive at the top of the panoramic roof terrace, you will be rewarded with a fantastic view of the Frankfurt skyline.

The people of Frankfurt took care of rebuilding the Alte Oper in the 1960s by raising 20 million Marks. Now it is a stately building in neo-Renaissance style, a real gem. Here you can attend various operas and concerts, ballet performances or musicals, even on Sundays.

One of the world´s leading museums of modern and contemporary art is the MMK (Museum für Moderne Kunst). As many as 5,000 impressive works of art are on display, including Andy Warhol and Roy Lichtenstein. Open on Sundays from 11:00 a.m. to 6:00 p.m.

The green heart of ever-busy Frankfurt is Palmgarten. Spread over more than 26 hectares, you will find special exotic and tropical plants, some of which are found nowhere else in the world (anymore). Palmgarten of course also refers to the many palm trees and the palm house. The highlight is undoubtedly the Tropicarium, an immense greenhouse with different biospheres from dry, hot desert to humid rainforest. 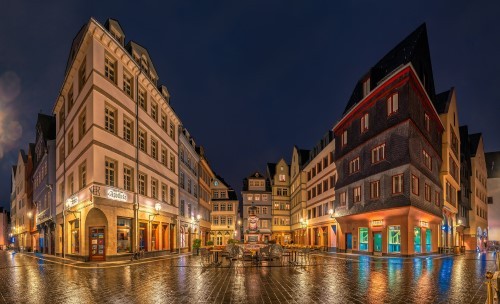 During World War II, Frankfurt’s historic center was largely destroyed. Fortunately, the atmospheric Alt-Sachsenhausen district was spared. It is a picturesque district with a variety of half-timbered houses. In addition, Alt Sachsenhausen is also Frankfurt’s entertainment district. Where it is rather quiet during the day, it is pleasantly busy here at night. The cozy bars, nice restaurants and dance halls guarantee a great night out.

In the southeast of the center of Frankfurt, the Jüdische Friedhof is somewhat hidden under dense treetops. It has a long history, as evidenced by a tombstone from 1272. After the municipality had to sell this cemetery to Frankfurt in 1939, they began destroying over 6,500 tombstones. Bombings caused the destruction to have to be stopped, but still 2,500 tombstones were spared. The remnants of the destroyed tombstones were stacked by the Jews as a reminder of this atrocity.

The 175 already selected tombstones of special artistic or historical value, had already been transferred to the new location on Rat-Beil-Strasse.

The metal blocks attached to a concrete wall are striking. On these are the 12,000 names of Frankfurters who were deported to concentration camps but never returned. One of these cubes also has Anne Frank’s name on it. Guided tours (from the Judengasse Museum) of the Jüdischer Friedhof take place every second Sunday of the month.

Contrary to popular belief, Frankfurt sausage is not the real specialty. What is is the “Grüne Sosse” based on oil, seasoning eggs. A monument has even been erected to this green sauce. Definitely worth trying when you visit a restaurant.

Apple wine is also a real specialty is available almost everywhere. Its alcohol content is comparable to that of a beer. It is fair to say that not everyone is wildly enthusiastic about apple wine. Especially do not order a whole bottle the first time.

Those who want to get a good impression of Frankfurt in a short time should definitely book a ticket for the hop-on-hop-off bus. You can get off anywhere you want.

There are more ways to discover Frankfurt. When the weather is nice, a short city walk is a fun way to explore this city. Moreover, guides often give very nice tips.

Those who have longer time can admire almost all of Frankfurt’s highlights on their own in one day. Those who like it a little more modern and do not like walking can book a segway tour with one of the many providers. A lot of fun.